Do Childhood Vaccines Cause MS?

As with many autoimmune diseases, the exact cause(s) of multiple sclerosis is still unknown. However, research has identified contributing factors including genetics, the environment, and our immune system.  There have been theories that exposure to certain viruses, such as Epstein Barr virus, may trigger the immune system to malfunction and attack myelin, the fatty sheath which insulates nerve fibers and helps messages travel through the nervous system.

Understandably many people diagnosed with autoimmune diseases may be concerned about vaccine safety.  Special concern has emerged in the media regarding the causative factor of routine vaccines and various autoimmune diseases such as MS, type I diabetes, or rheumatoid arthritis.  Research is somewhat limited.

Fortunately, a number of immunizations have been evaluated for safety and efficacy in people with MS.  A recent study published in the Journal of Neurology (July 2011) provides a systematic review and meta-analysis of the role vaccines may have in the development of MS or as a trigger for an MS relapse. 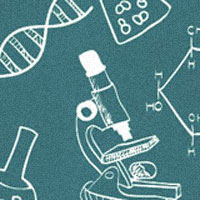 Researchers found that the risk of developing multiple sclerosis remained unchanged after BCG (tuberculosis), Hepatitis B, Influenza, MMR (measles-mumps-rubella), Polio and Typhoid fever immunization, whereas diphtheria and tetanus vaccinations may be associated with a decreased risk of MS.  Further research is needed for the remaining vaccines, according to the report.

A small, unblinded study published in the Archives of Neurology (Oct 2011) followed seven people diagnosed with relapsing-remitting MS for 9 months following yellow fever immunization.  Data collected regarding annual relapse rate and new, enlarging, or enhancing lesions was compared to the 12 months prior to immunization and the 24 month follow-up period.  Researchers found a significantly increased risk of MS relapse during the first six weeks following vaccination.

In another recent study published in the British Medical Journal (2012) involving 2.3 million infants, researchers used a nationwide population based cohort in Denmark to assess the safety of childhood immunizations.  Researchers used the data collected to determine the background of incidence of diseases commonly associated with vaccine safety concerns.  Knowing the expected rate of disease occurrence for children of different age and sex will help public health officials to distinguish between temporal and causal relationships of disease and immunizations.

Seasonal differences were most pronounced for anaphylactic shock, seizure, and multiple sclerosis (which had an overall rate of incidence of 4.17 per 100,000 patient years).  Low rates were observed for acute transverse myelitis (0.36), narcolepsy (0.48), optic polyneuritis (0.60), and Guillain-Barré syndrome (0.67), whereas rates were higher for juvenile and rheumatoid arthritis (16.73) and type 1 diabetes mellitus (17.71).

In conclusion, the research available does not support the hypothesis that childhood immunizations may cause multiple sclerosis.  Additional information regarding vaccines and MS is available on the National MS Society website.

We Shouldn't Have To Prove That We Really Do Have MS

2 comments
This article represents the opinions, thoughts, and experiences of the author; none of this content has been paid for by any advertiser. The MultipleSclerosis.net team does not recommend or endorse any products or treatments discussed herein. Learn more about how we maintain editorial integrity here.