The MS In America 2015 online survey was conducted to gather insights from over 5,900 individuals who have been diagnosed with multiple sclerosis, for the purpose of painting an accurate picture of what life is really like with MS, including impact on quality of life, symptoms, diagnosis, treatment, and much more. 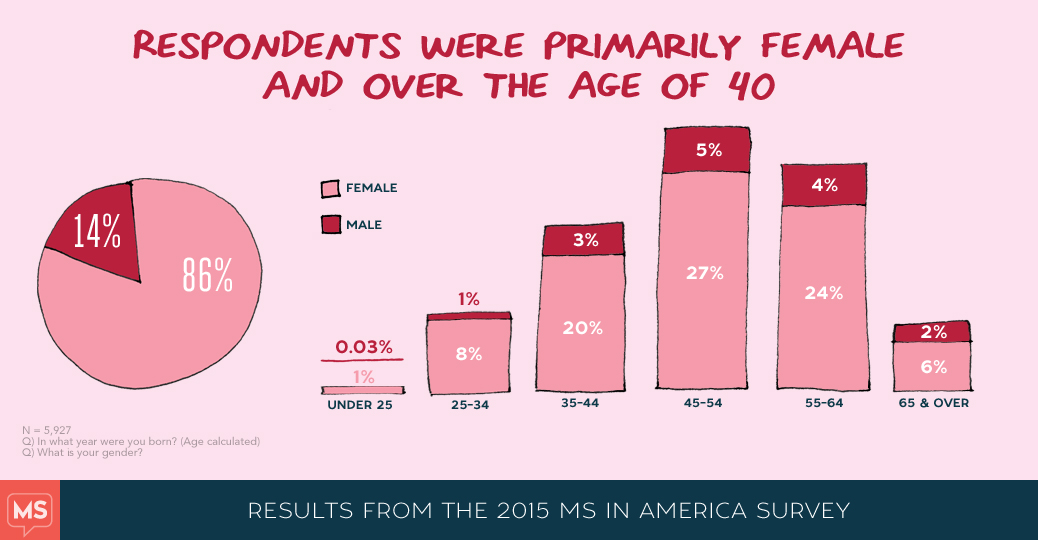 The distribution of respondents age and gender was similar to that of the general US population. 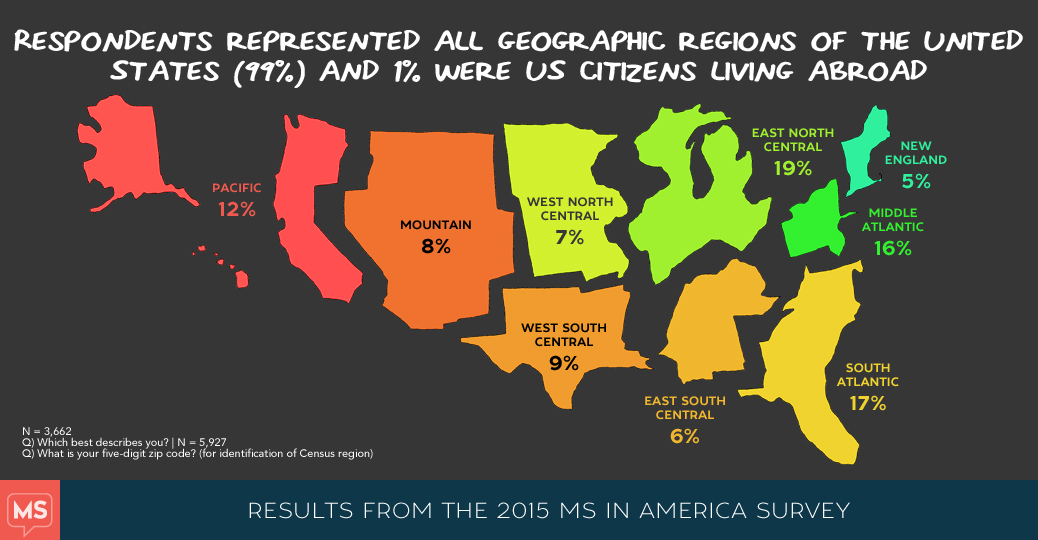 Survey respondents were recruited from MultipleSclerosis.net subscribers, Facebook fans, and site visitors, as well as other social media users. 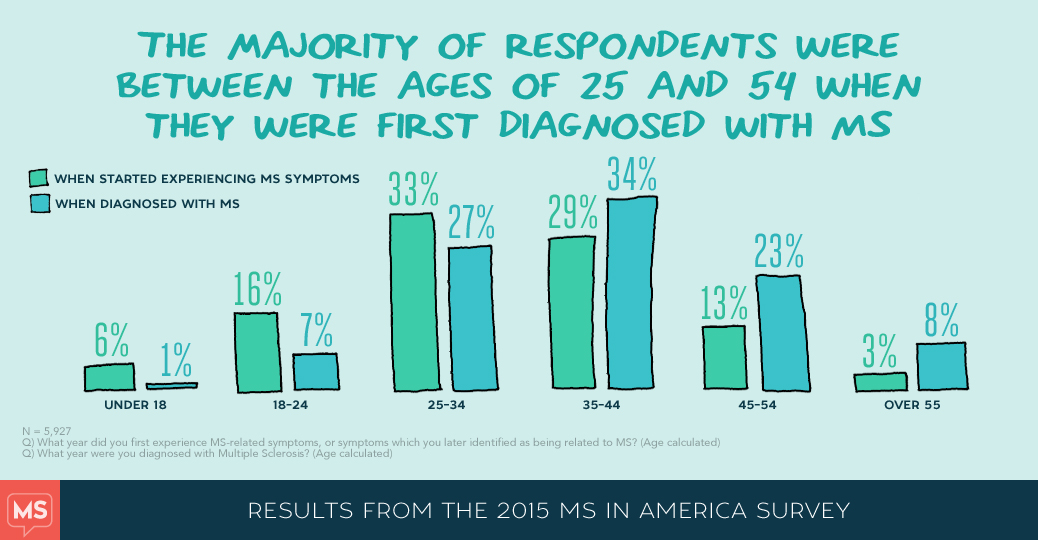 More than half of respondents said that it was more than 3 years between their initial symptoms and diagnosis of MS. 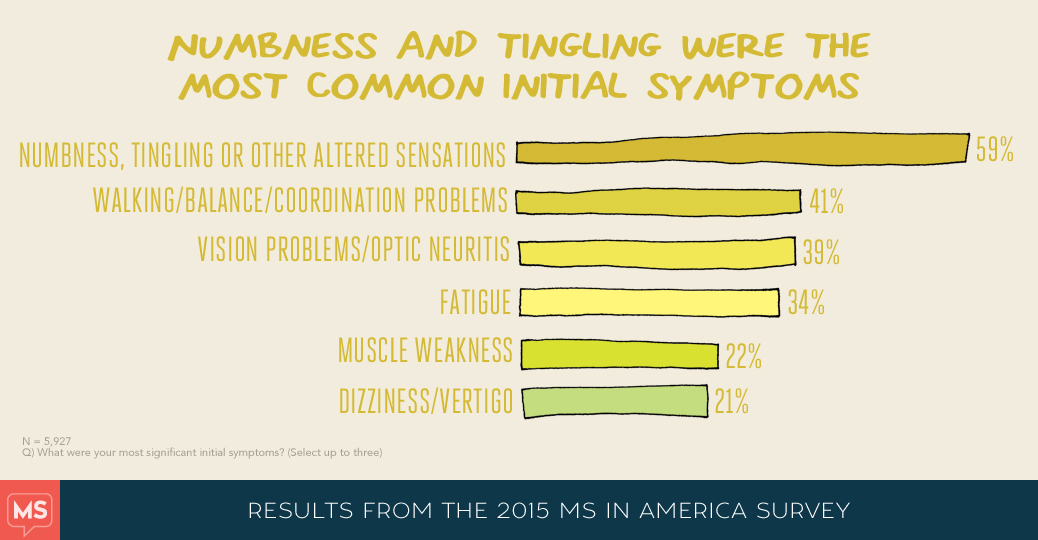 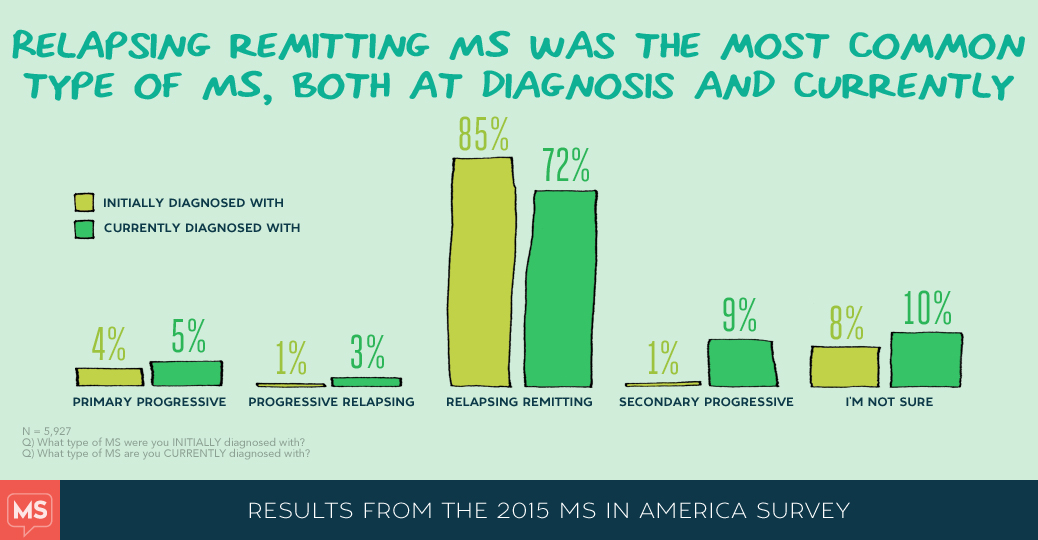 Surprisingly, 10% of respondents did not know what type of MS they had been diagnosed with. 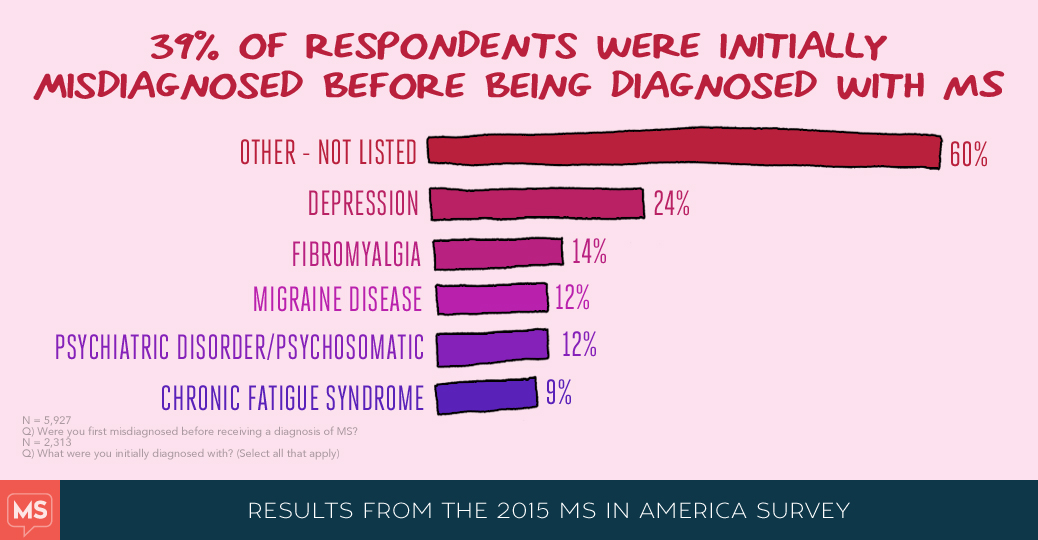 Respondents who had initially been misdiagnosed reported being initially told they had other conditions, including depression, fibromyalgia, migraine disease, a psychiatric disorder, chronic fatigue syndrome, among others. 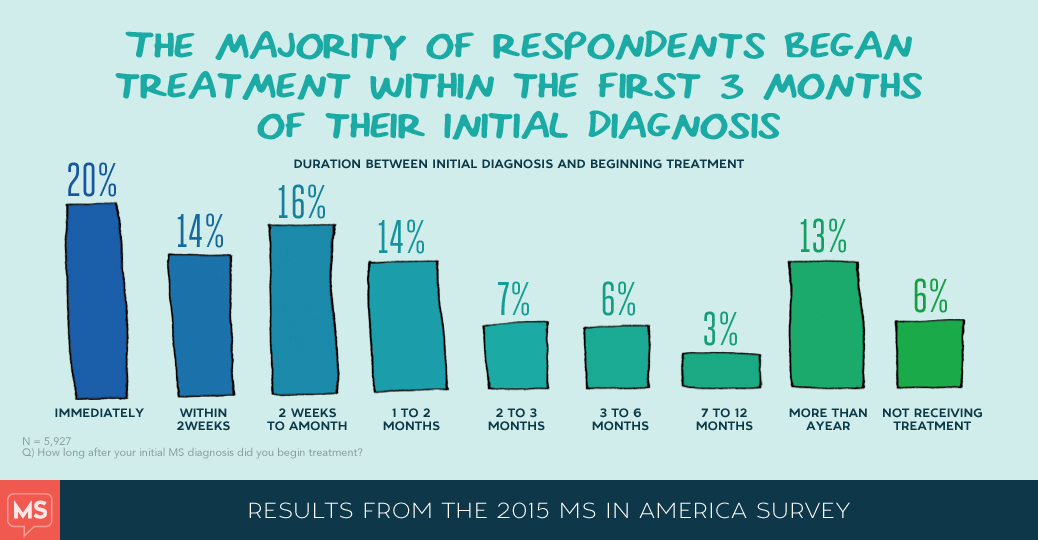 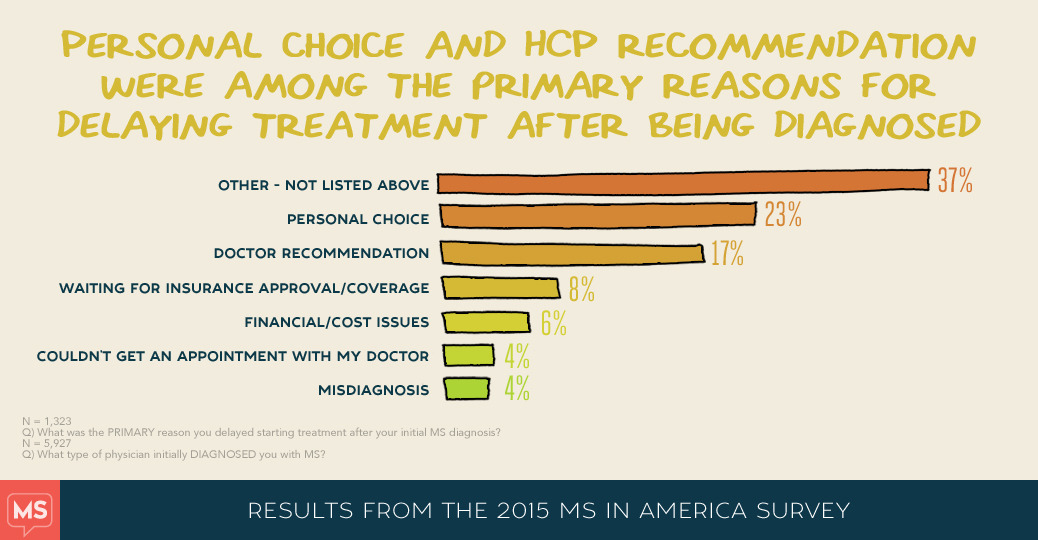 Neurologists, many of whom were specialists in MS, were the diagnosing physician for the majority of respondents. 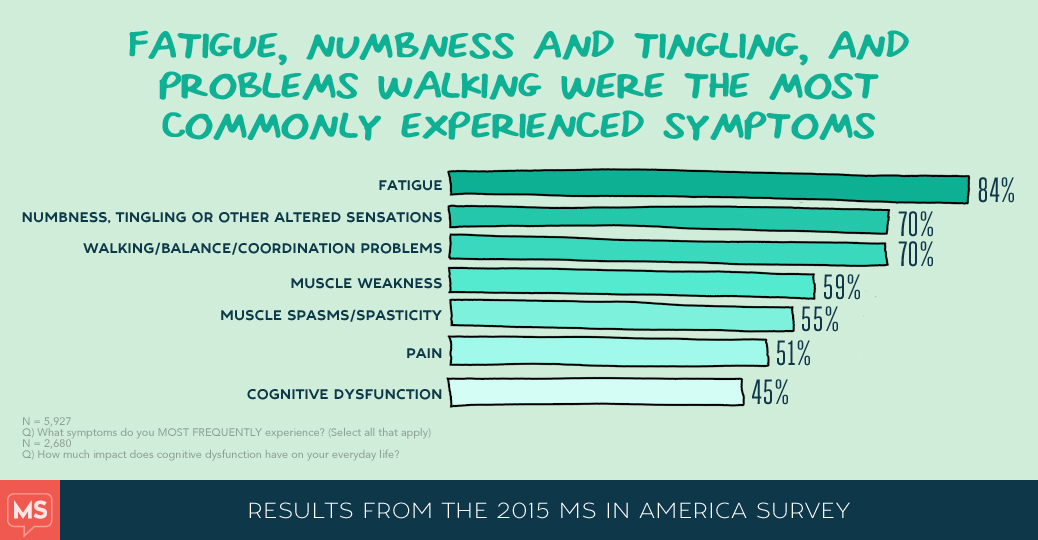 Nearly half (45%) of respondents said that they frequently experience cognitive dysfunction, and of those, 90% noted that this had at least some impact on their everyday life. 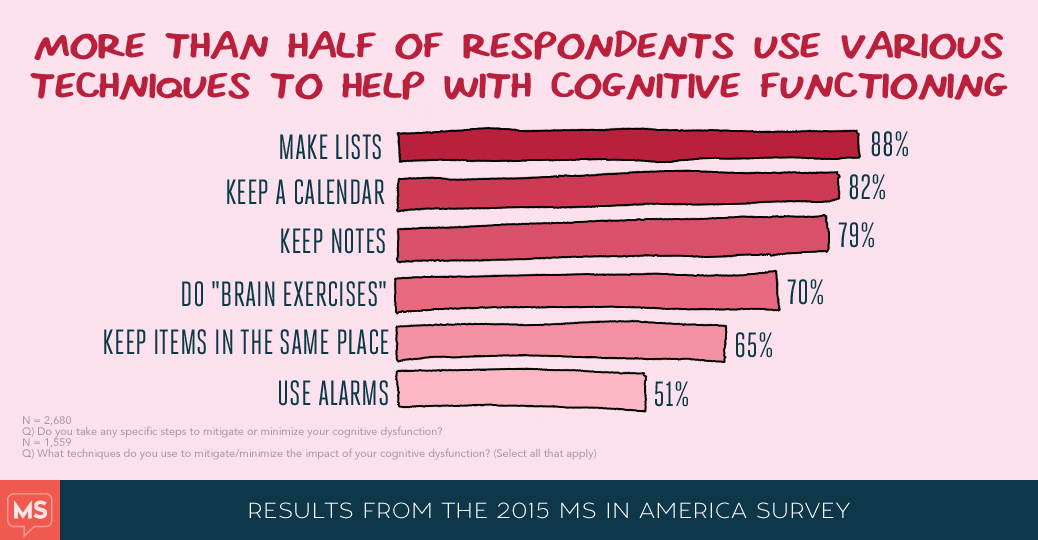 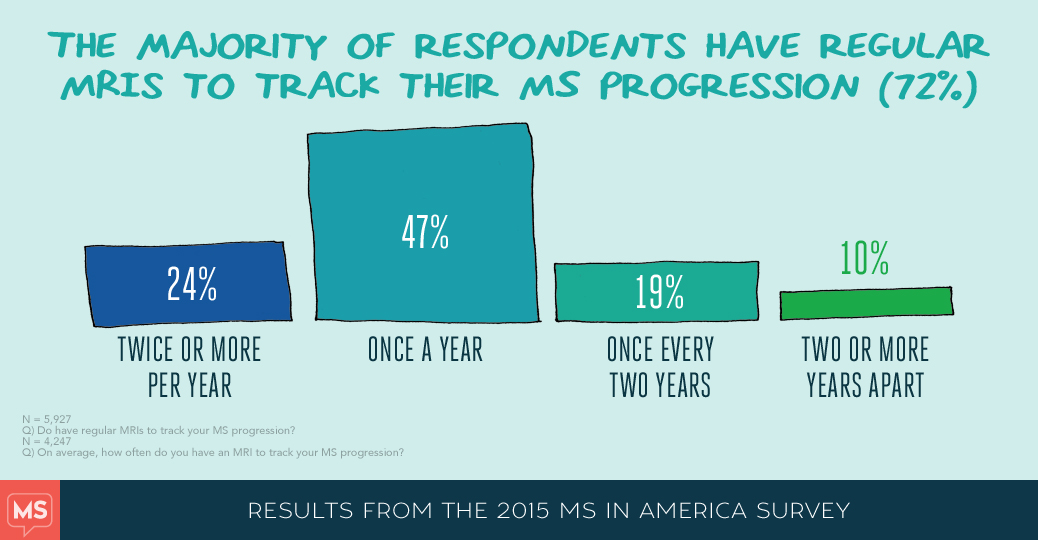 More than half of those who have regular MRIs to track MS progression have at least 1 MRI per year. 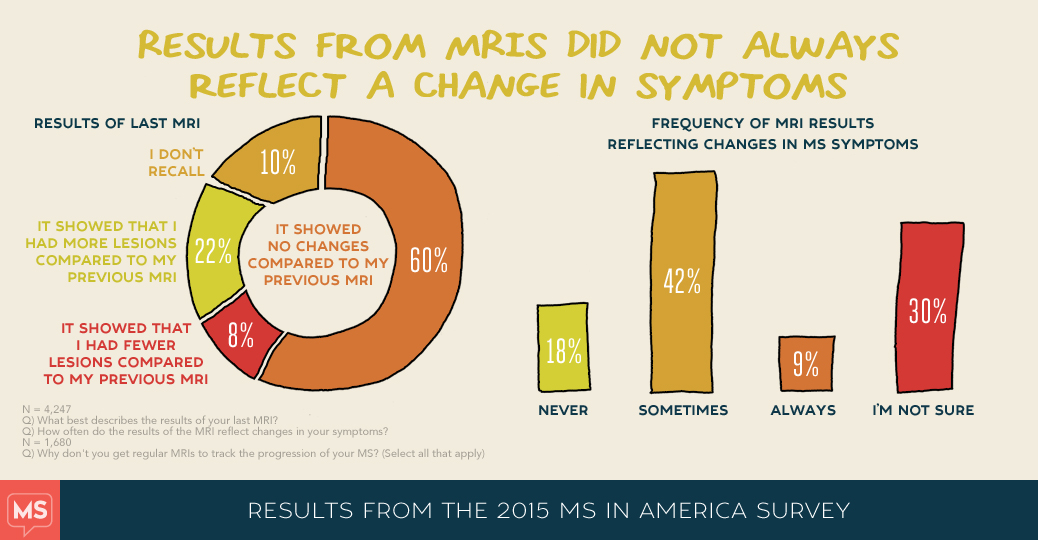 For those who do not regularly get MRIs to track MS progression, more than half (55%) said that their doctor has not recommended it. 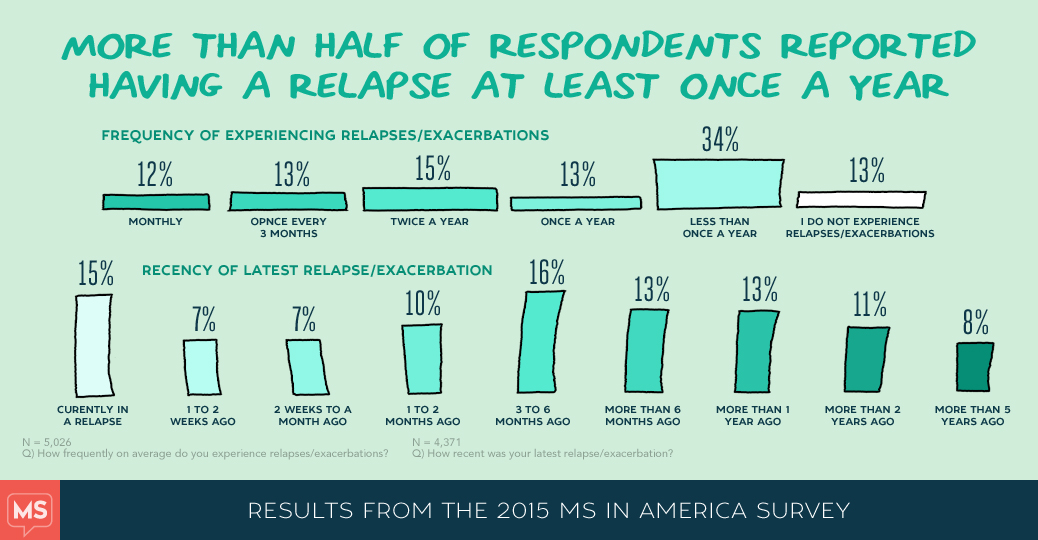 28% said they had experienced an MS relapse within the last month. 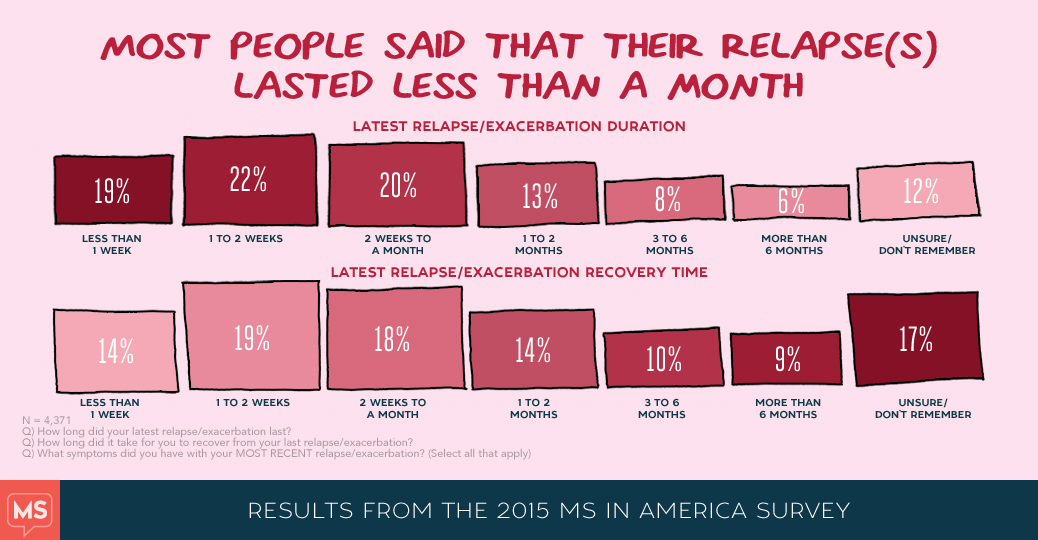 Fatigue, numbness and tingling, and problems with walking or coordination were among the most common symptoms experienced during a relapse.

74% of respondents were either married or in a long-term committed relationship. 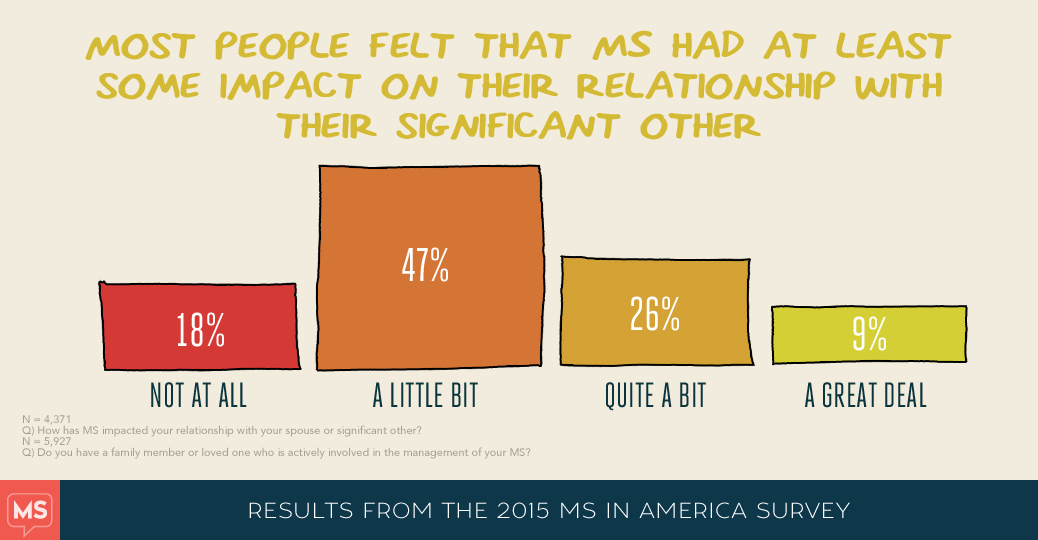 52% of respondents have a family member or loved one involved in the management of their MS – typically their spouse. 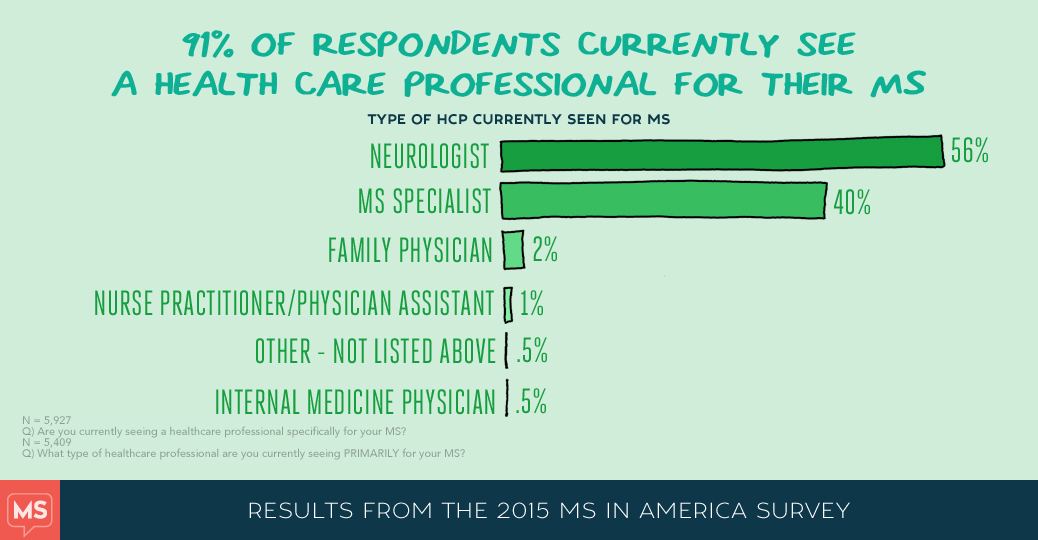 Neurologists and MS specialists were the most common type of health care professionals seen by respondents. 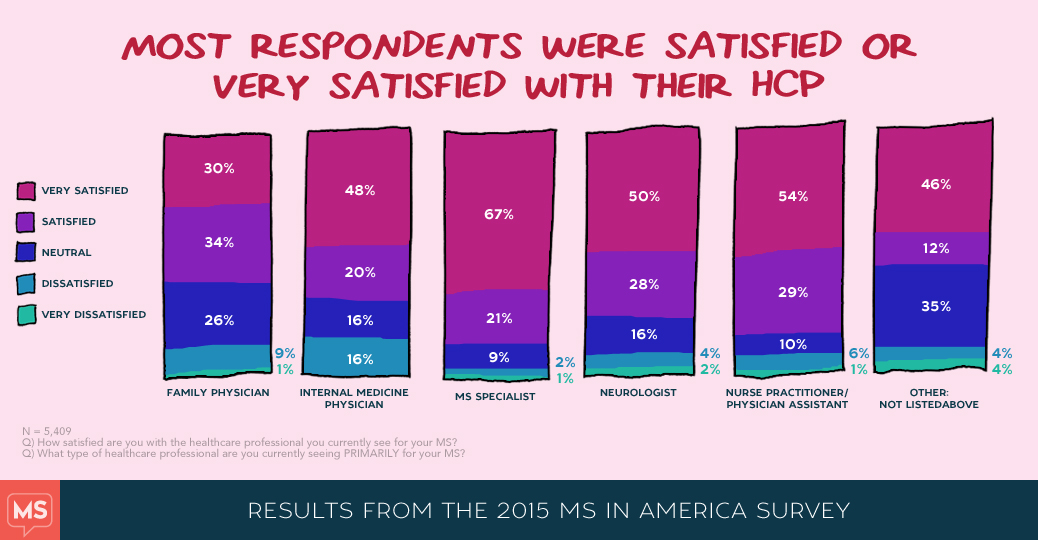 Among the different types of health care professionals seen, respondents noted the highest level of satisfaction with MS specialists. 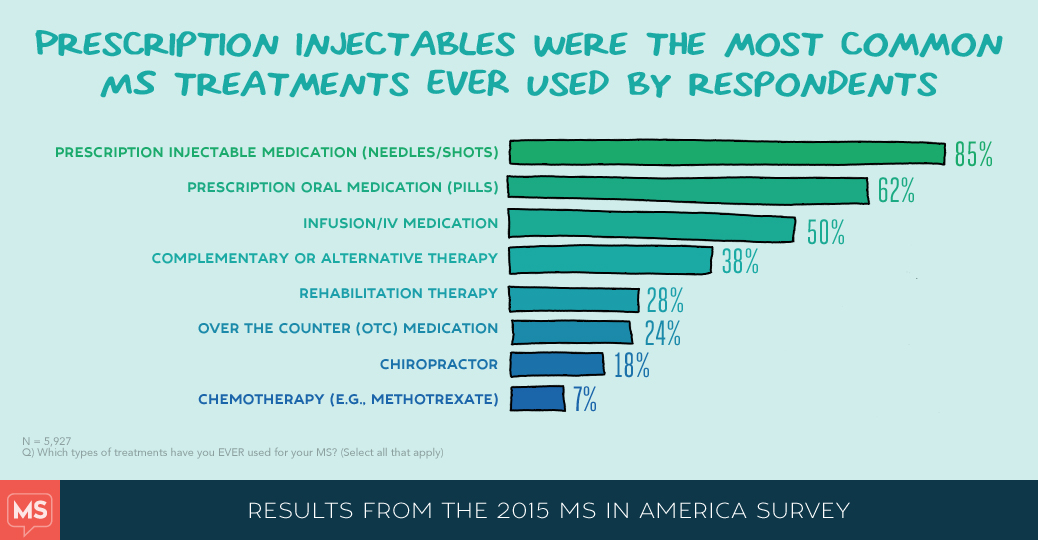 Respondents have used an average of 3.1 treatments for their MS across their journey. 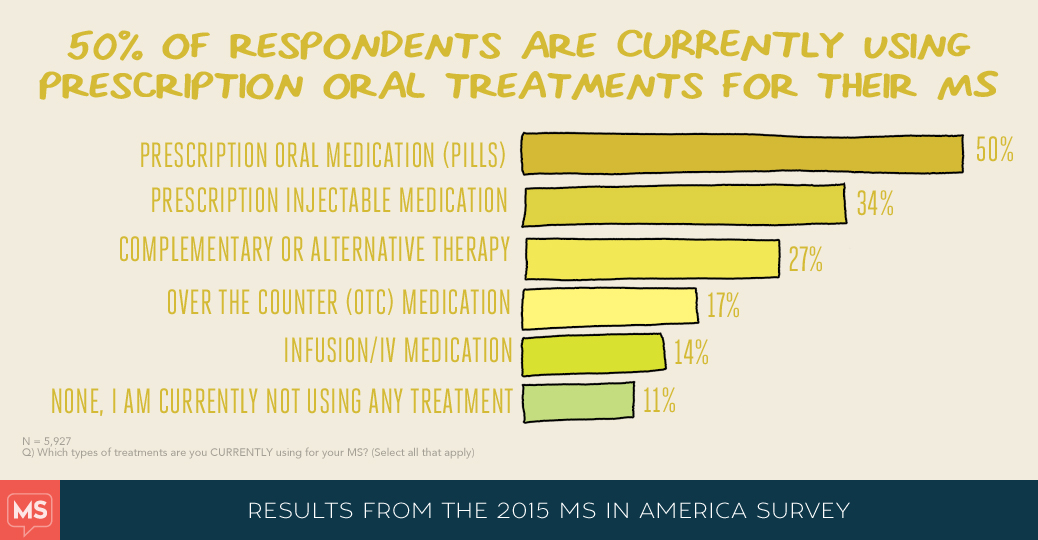 Respondents on average are currently using 1.6 treatments for their MS. More than 1⁄4 (27%) of respondents said they use complimentary or alternative therapy, such as acupuncture, yoga, massage, exercise, vitamins, and herbal therapies. 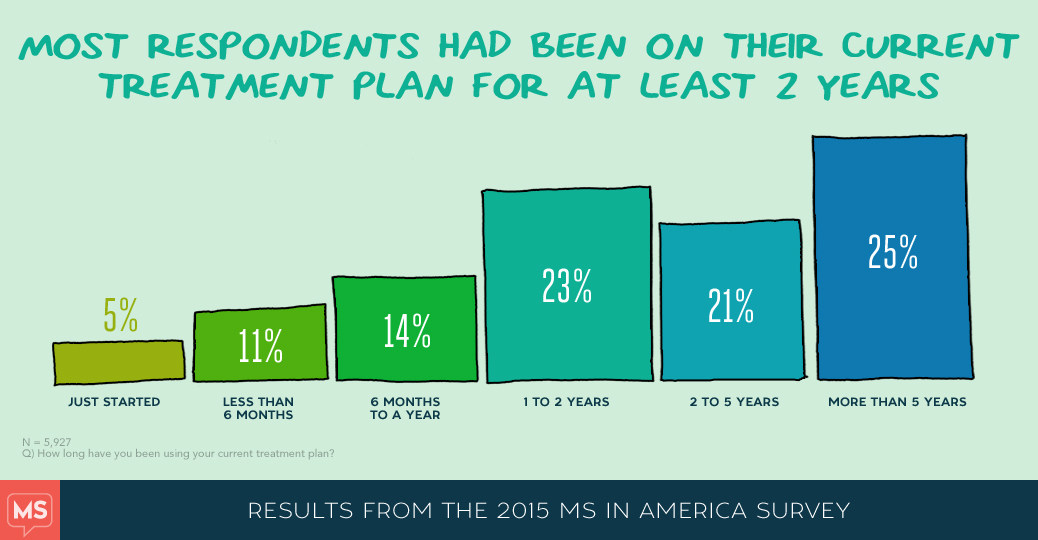 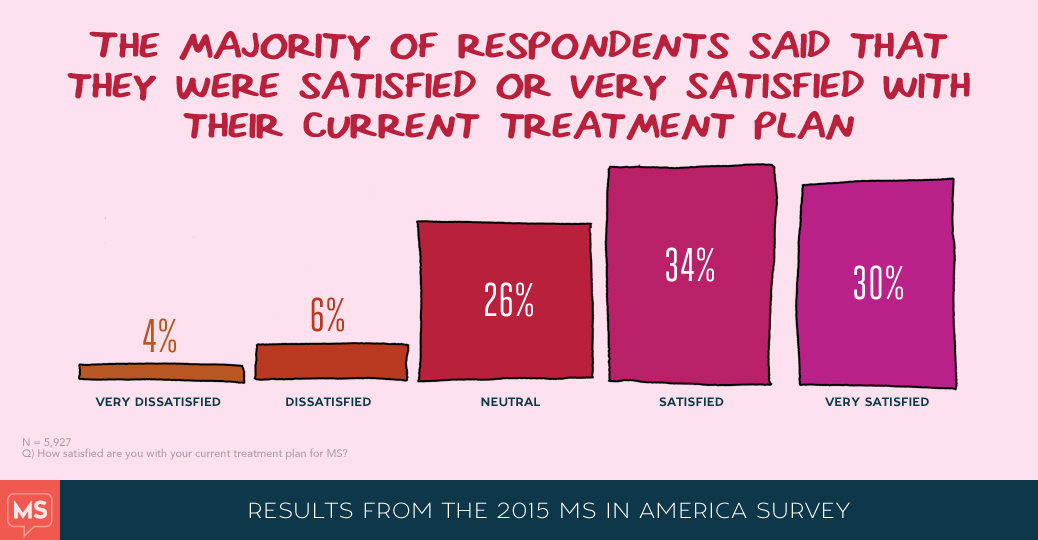 Have you taken our 2023 In America Survey yet?