The team at MultipleSclerosis.net conducted our annual “MS in America” survey with the goal of gaining a better understanding of the many aspects of what it’s like to live with multiple sclerosis. In this survey, we included questions about diagnosis, symptoms, treatment, and the impact that MS has on a person’s day-to-day life. Over 5000 people completed our 115-question survey, and we have summarized some of the key results from this year’s survey. 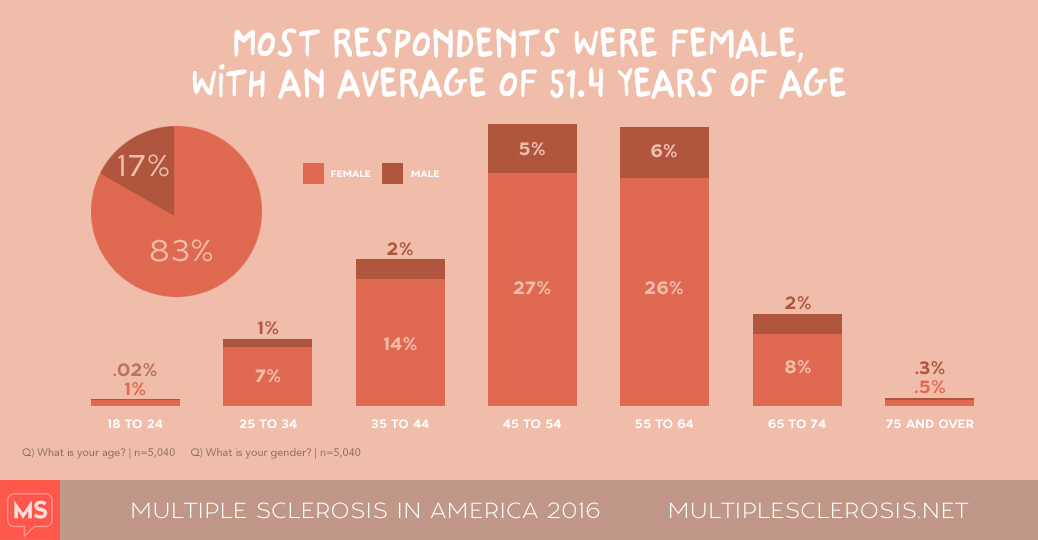 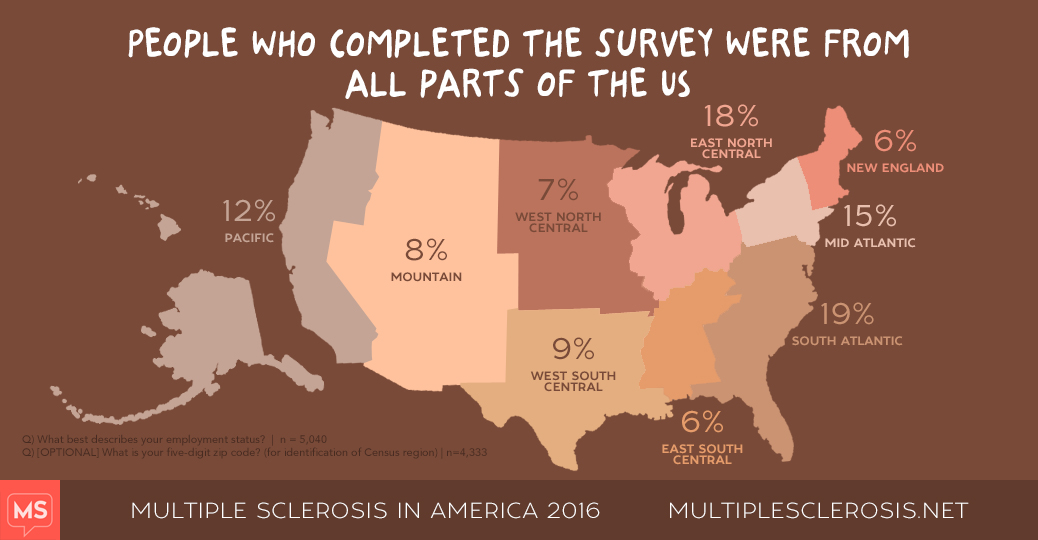 Over 40% of respondents were on disability and about 1/3 were employed in some capacity. 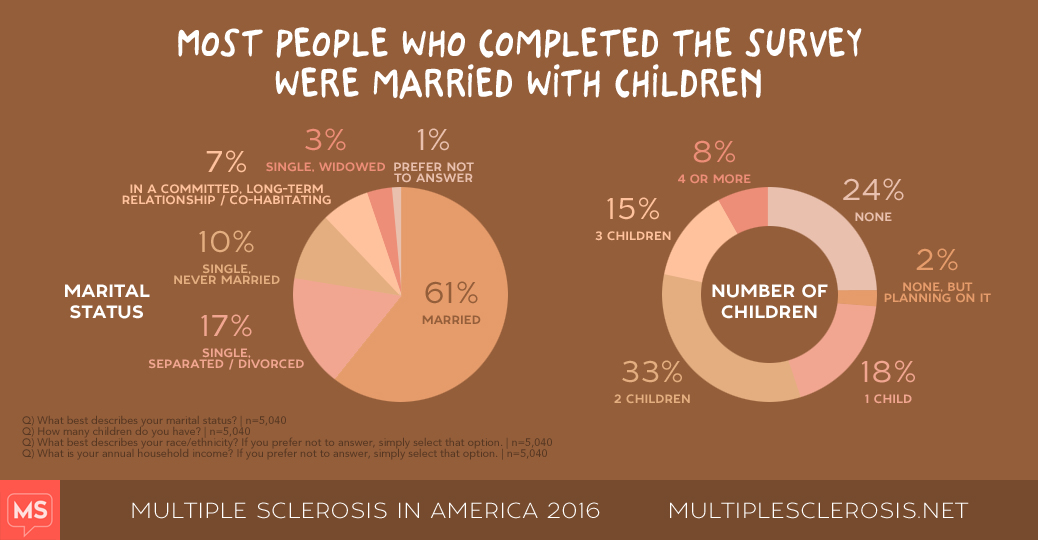 Most respondents were Caucasian and from households with less than $100K annual income. 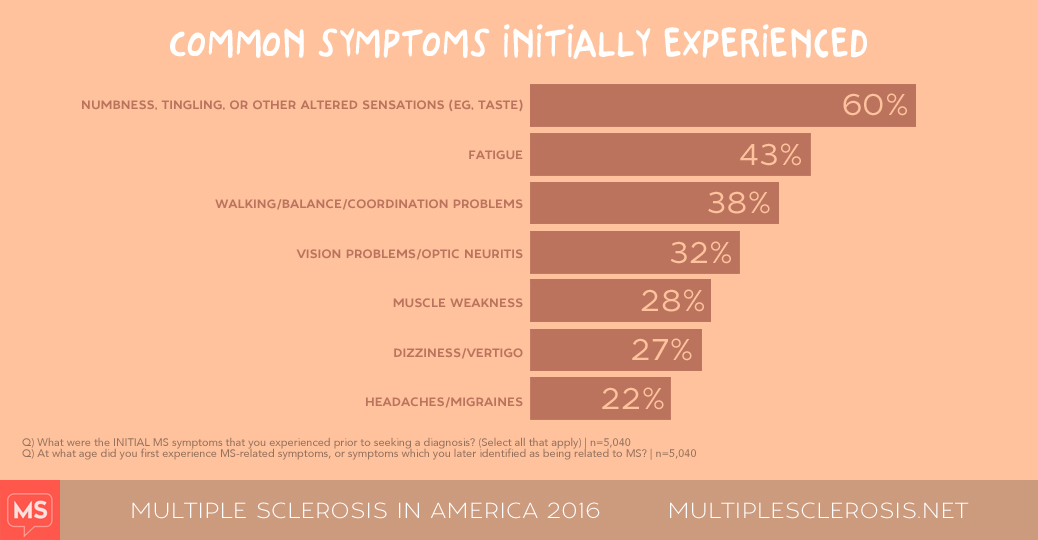 39% of respondents started experiencing symptoms before the age of 30. 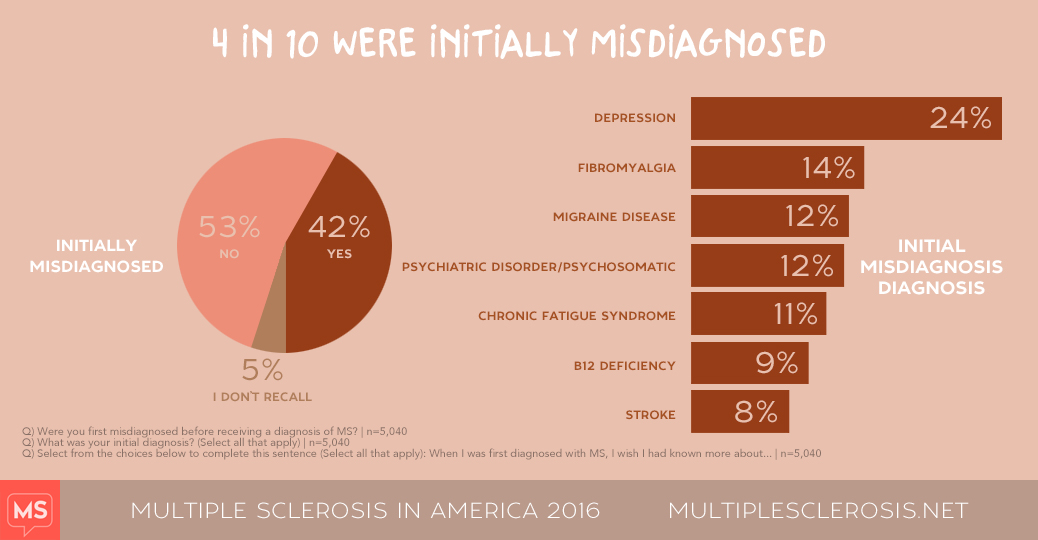 96% of respondents wished they knew more about MS at the time of their diagnosis, particularly how MS would impact their lifestyle, along with mental and physical health. 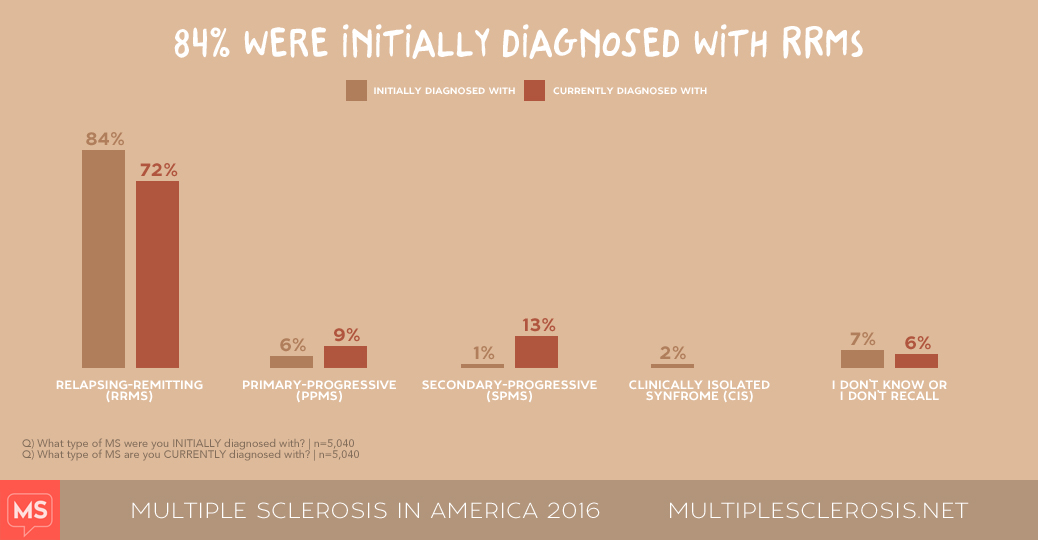 22% of respondents were currently diagnosed with progressive MS (primary or secondary). 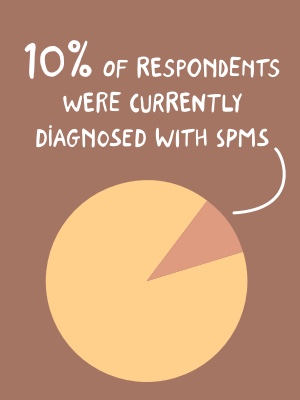 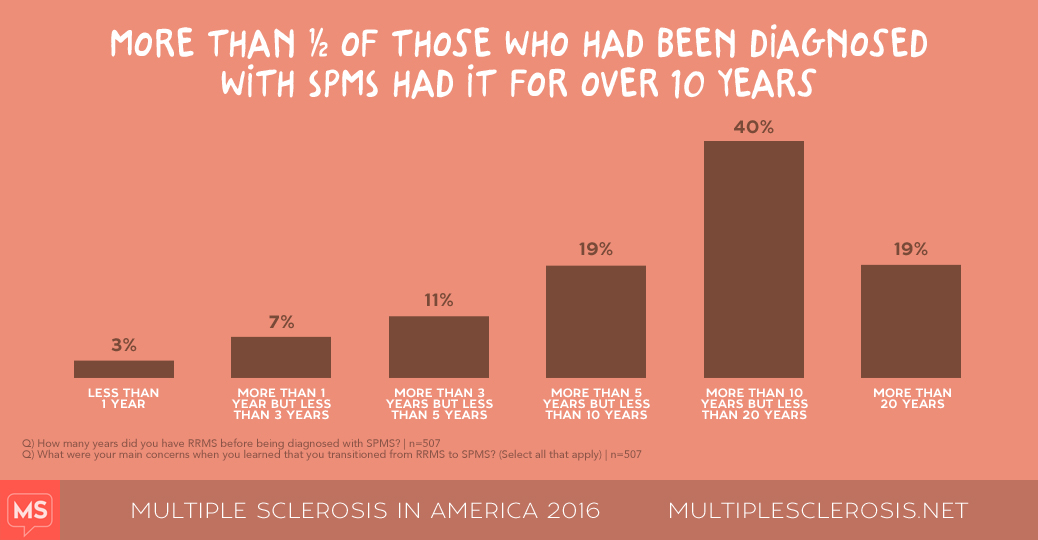 Long-term complications and lack of treatments for SPMS were among the top concerns for those currently diagnosed with SPMS. 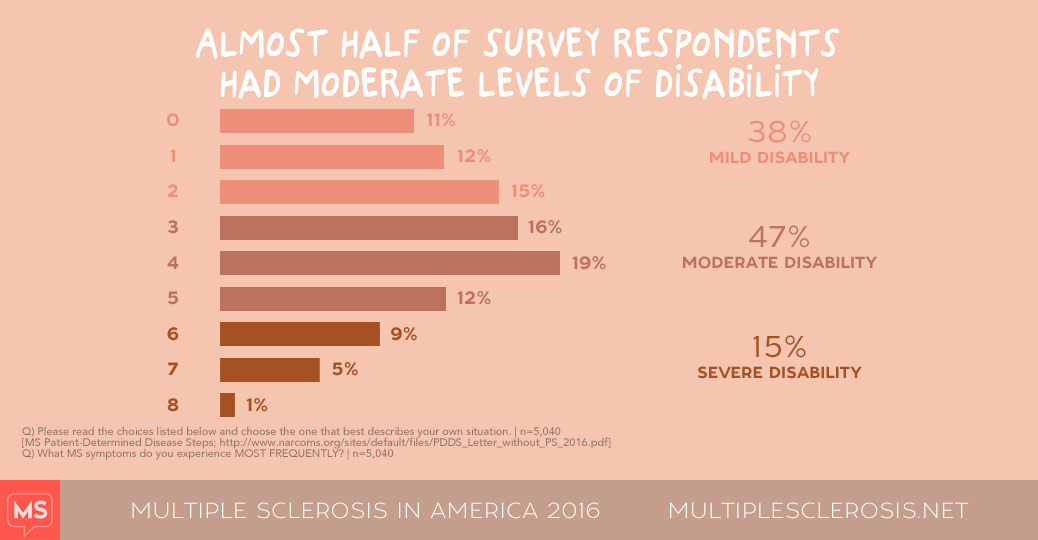 99% of respondents were experiencing MS symptoms at the time of the survey, with an average of 7.6 symptoms experienced by those who have them. 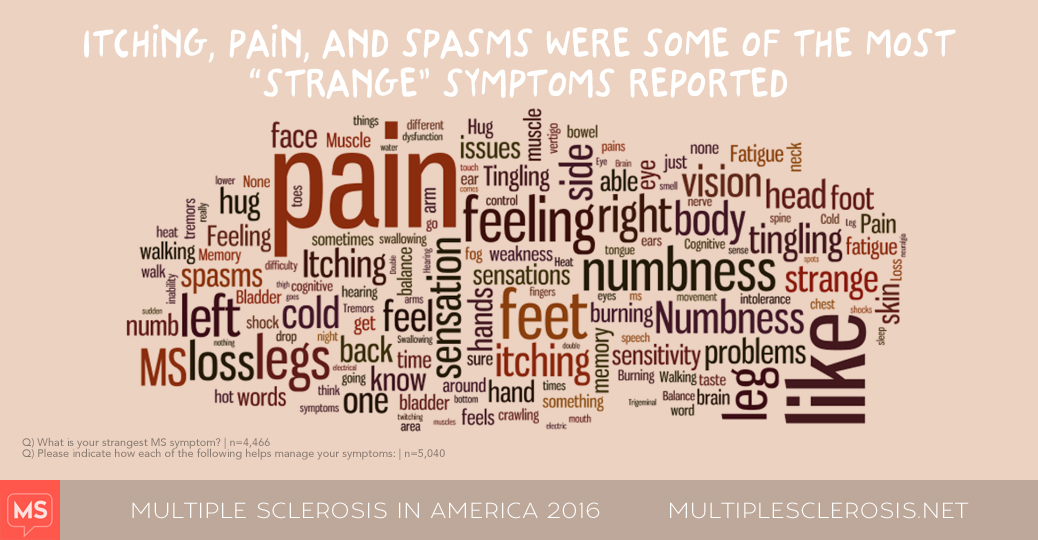 Getting rest/sleep was reported as the most helpful method in reducing MS symptoms.

Making lists, keeping a calendar, or keeping notes are some of the methods people use to help minimize the impact of cognitive dysfunction on everyday life. 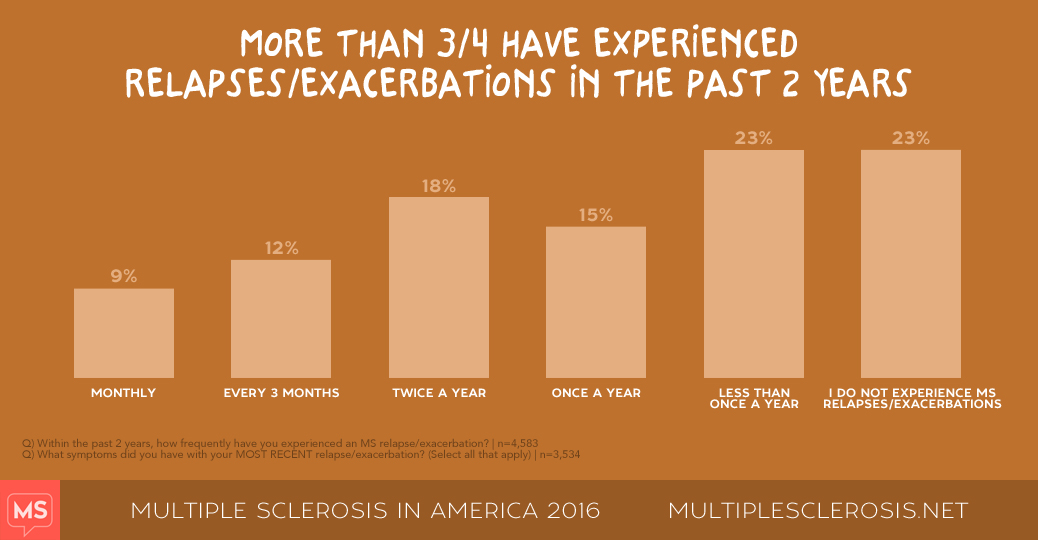 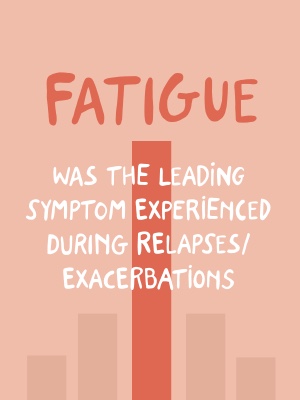 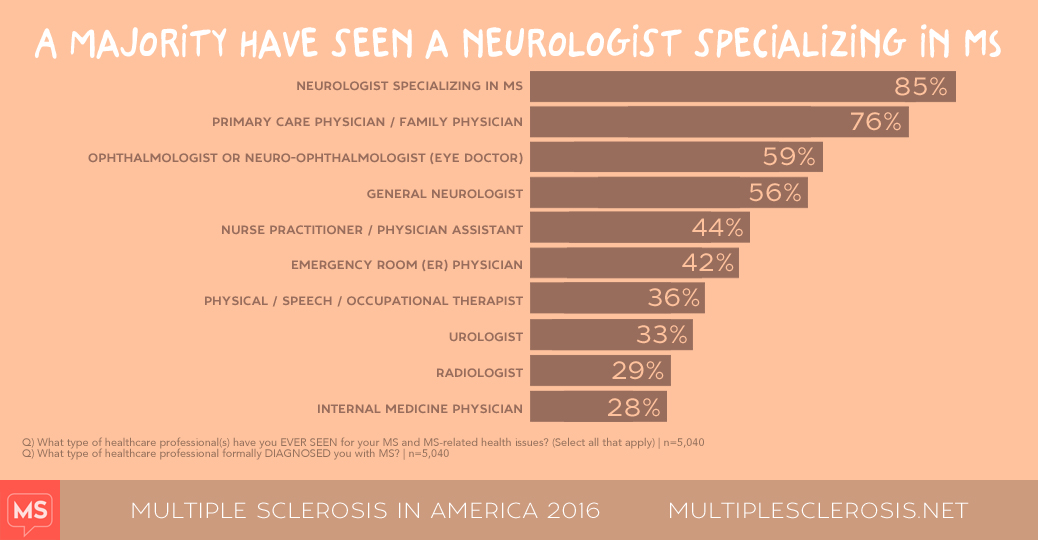 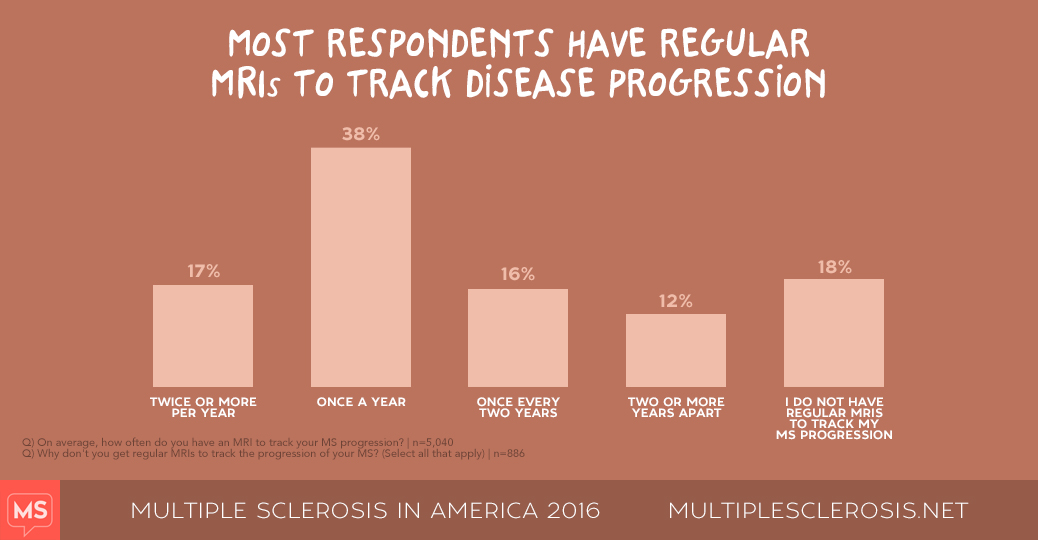 Some of the reasons for not having regular MRIs to track disease progression included lack of doctor recommendation, cost, lack of insurance coverage, among others. 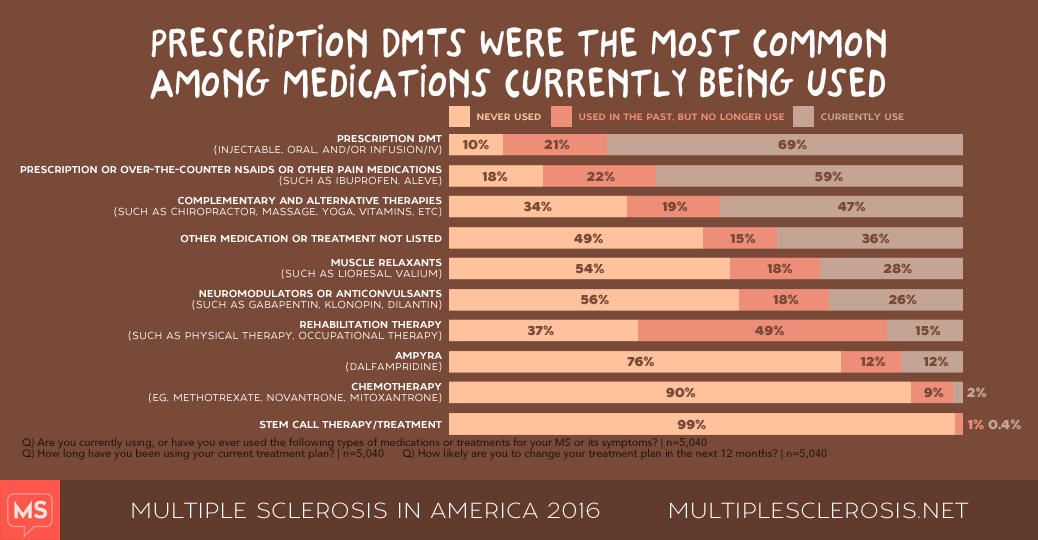 More than half of respondents said they had been on their current treatment plan for more than 2 years, and many said they were unlikely to change treatment plans within the coming year. 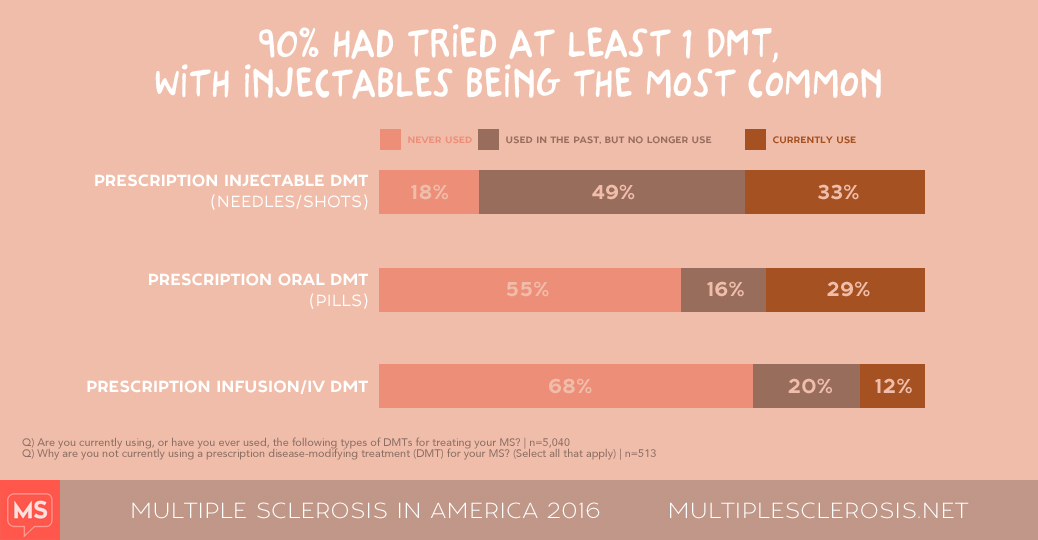 Of those who have never used a DMT, almost 1/3 indicated it’s because of a lack of recommendation from their health care provider, or a fear of side effects. 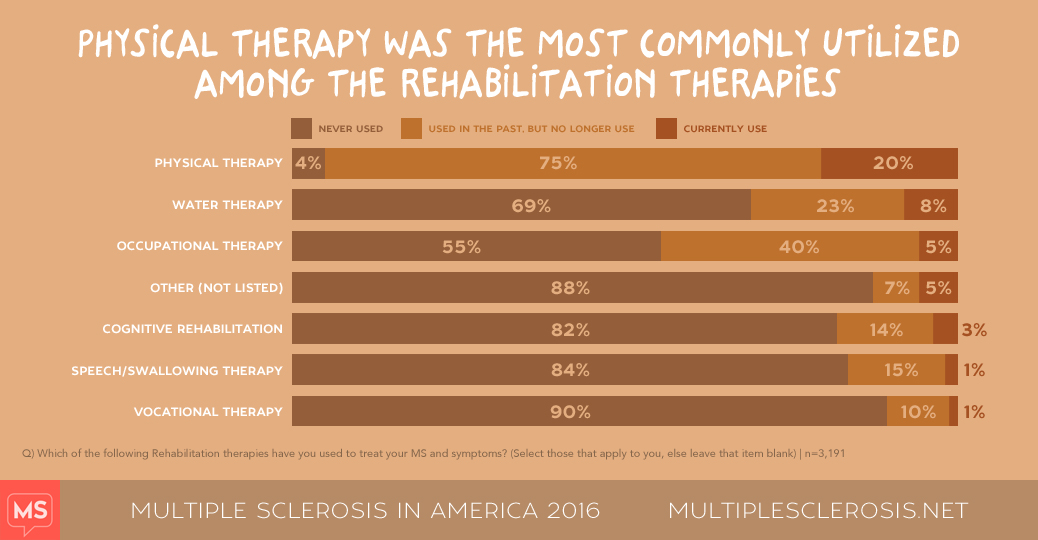 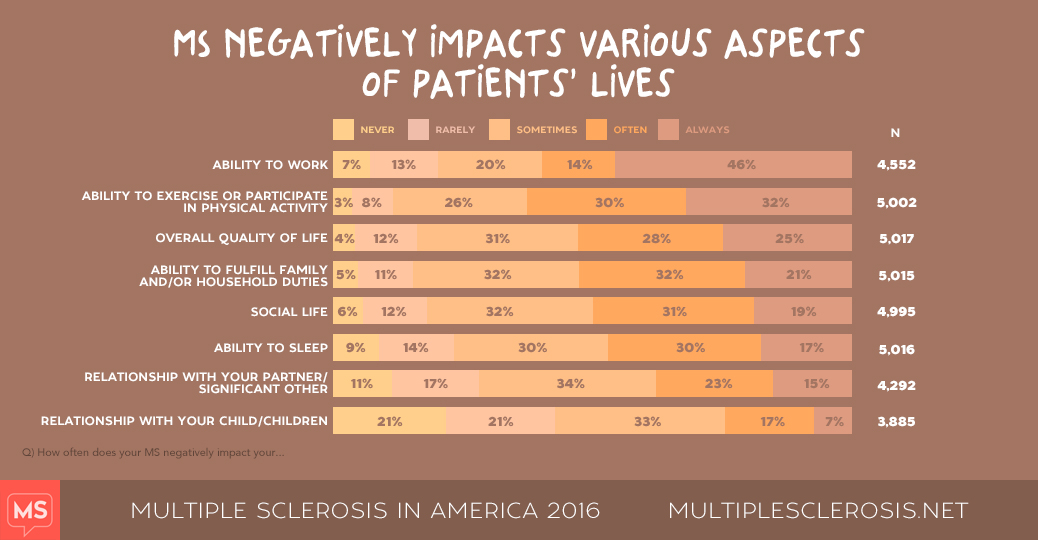 MS most negatively impacts one’s ability to work and participate in physical activity, as well as overall quality of life in general. 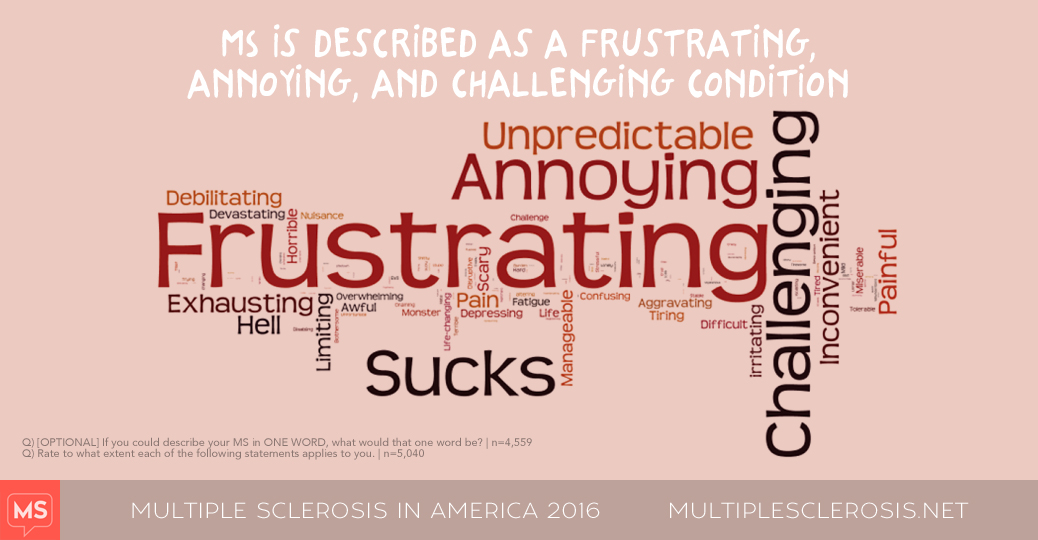 A majority of respondents are unable to do as much as they used to. They also said that they tire easily and fear the long-term complications of MS, but find that their attitude is a key factor in their quality of life.

The Gender Divide: Differences Between Men & Women with MS

Have you taken our 2023 In America Survey yet?