The MS In America 2015 online survey gathered insights from over 5,900 individuals who have been diagnosed with multiple sclerosis, to better understand what living with MS is really like. This survey not only asked about patients’ diagnosis and treatment journey, it also included the impact on quality of life, symptoms, HCP engagement, and much more. Survey respondents were primarily female and over age 40, similar to the profiles of MS sufferers across the U.S.

91% of respondents were seeing a healthcare professional for their MS at the time of the survey. Of those who were not seeing an HCP, financial and insurance issues were the most common barriers. 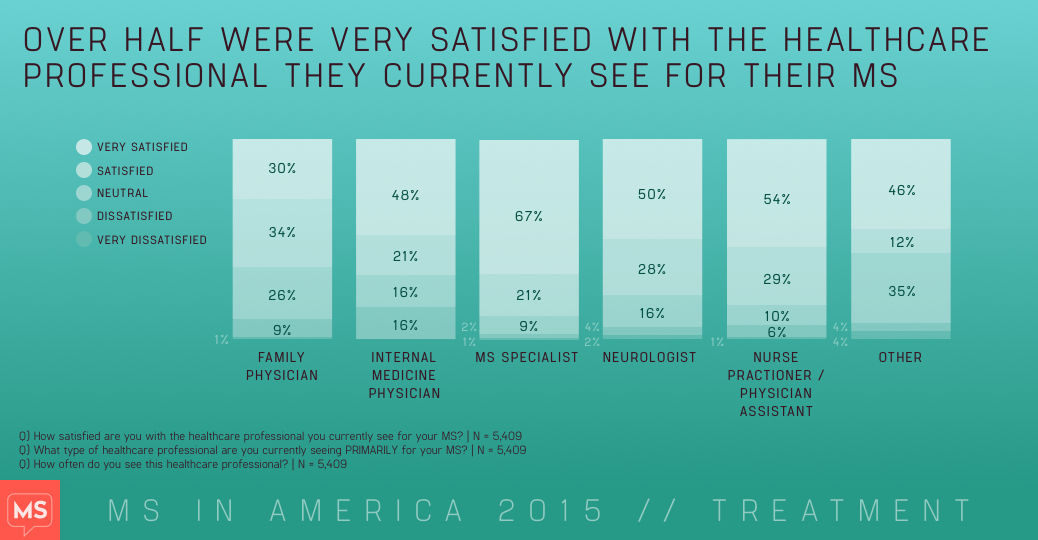 Of those seeing a healthcare professional for their MS, 36% saw them every 2 to 3 months and 45% visited twice a year. Less than 6% saw their HCP once a month or more frequently. 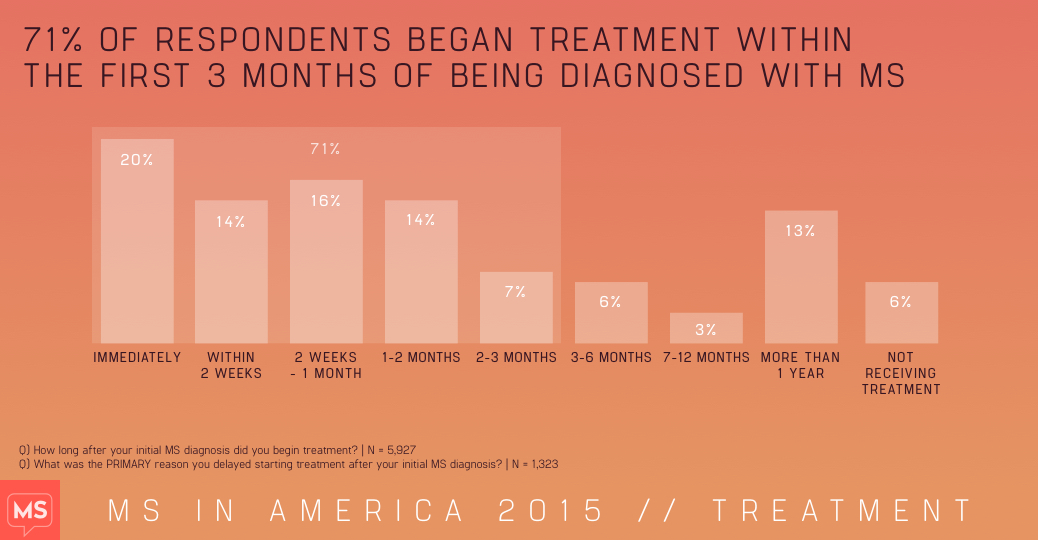 Personal choice and HCP recommendation were among the primary reasons for delaying the start of MS treatment for those respondents. 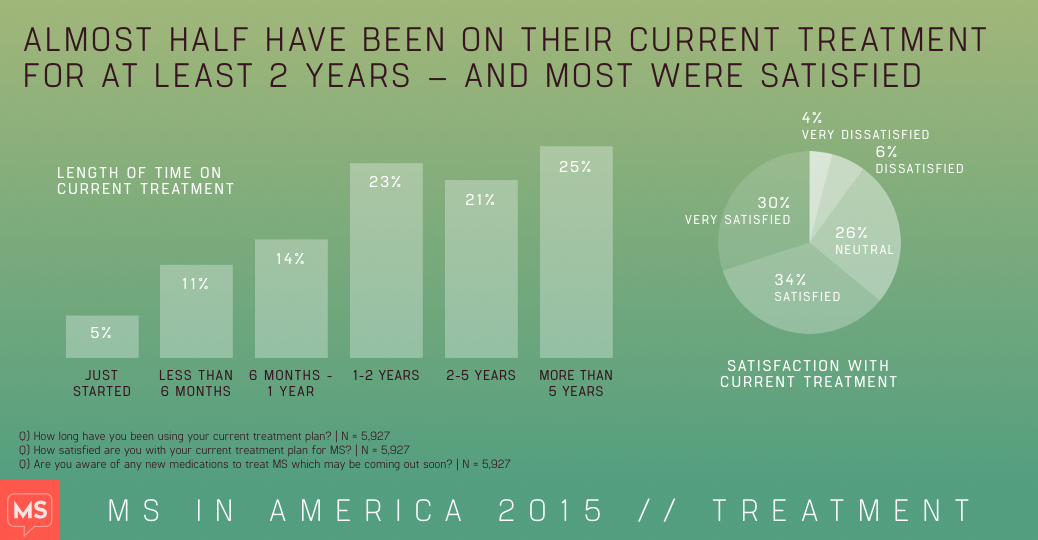 16% of respondents were aware of new MS medications in development. 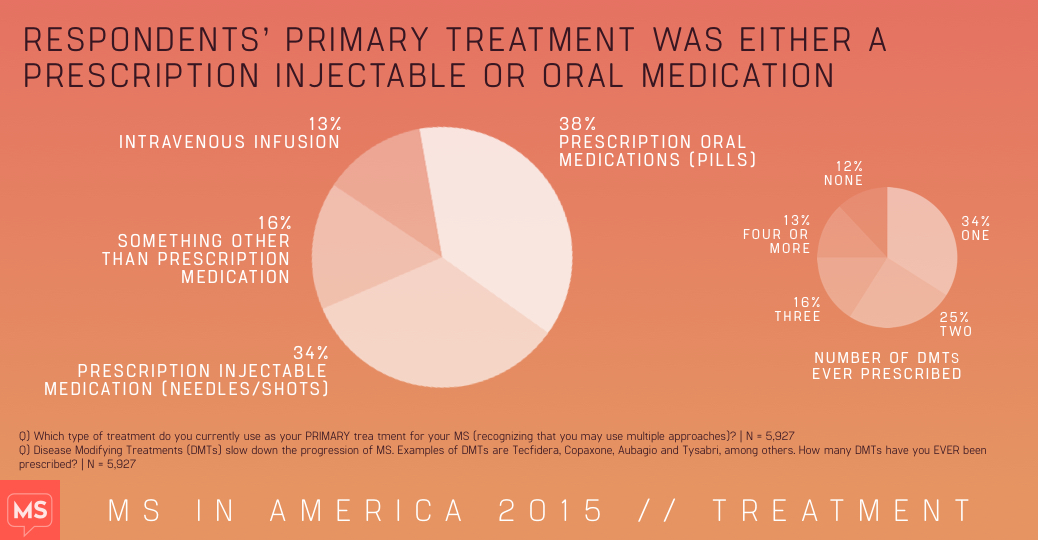 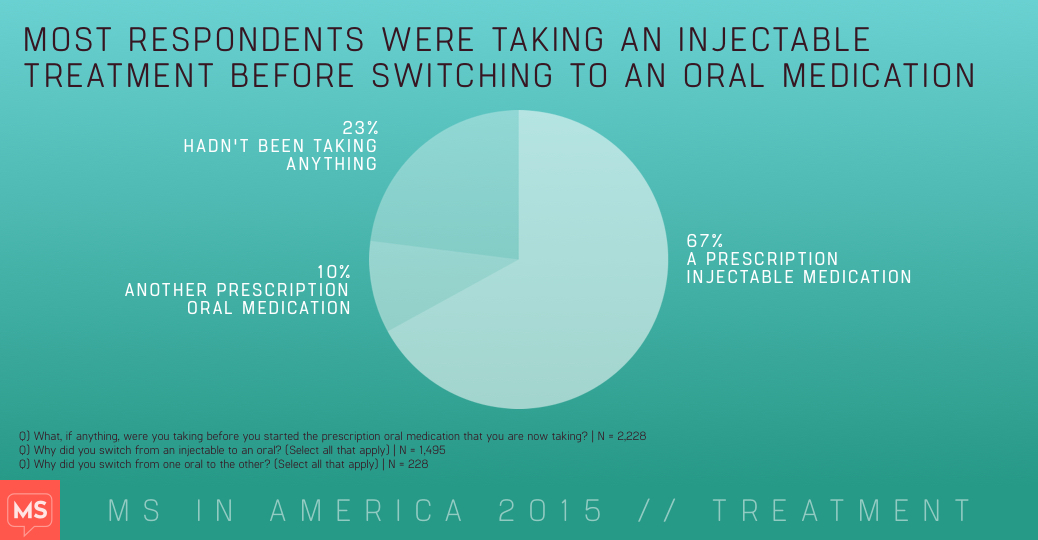 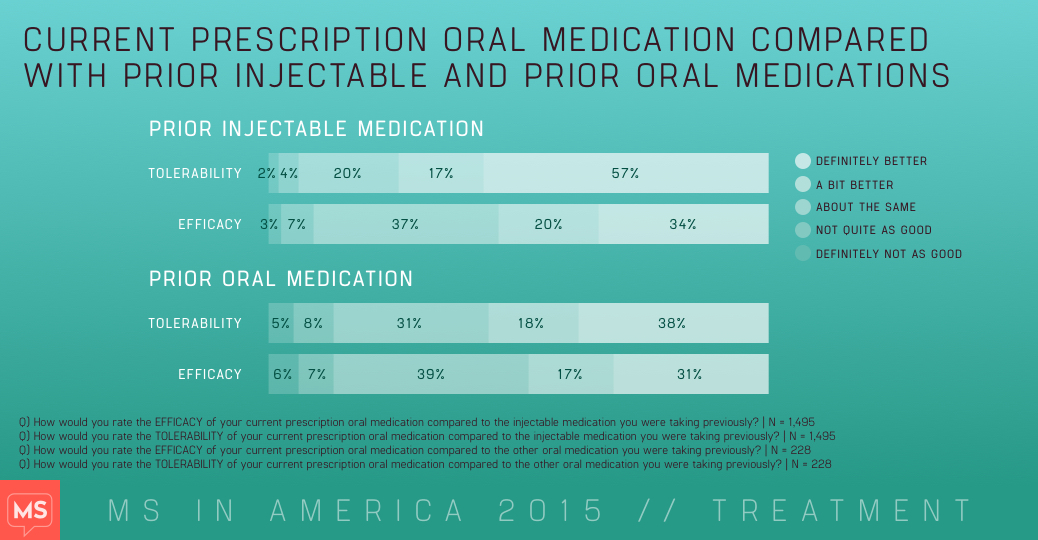 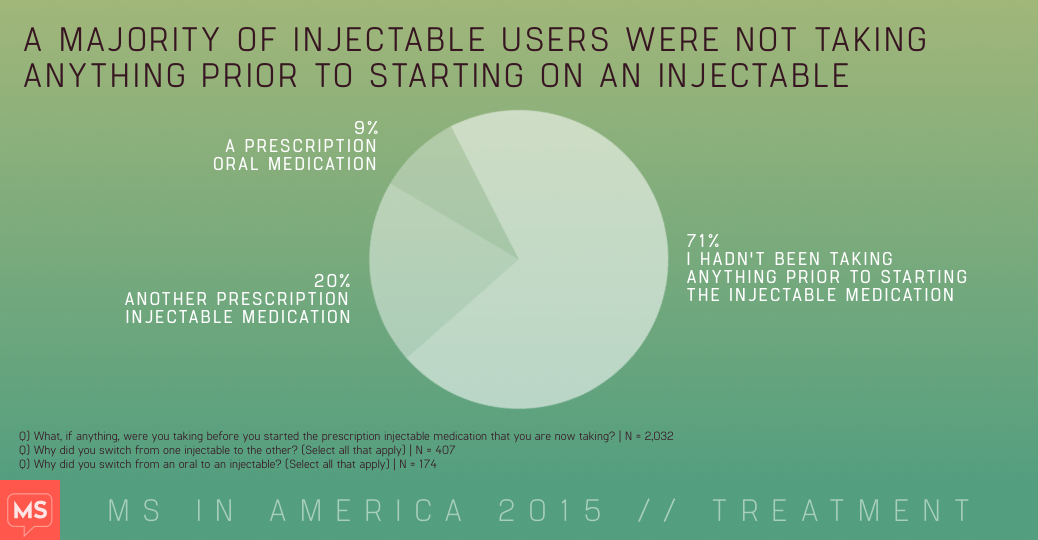 Of those not currently taking a prescription medication for their MS, past issues with tolerability (31%) and safety concerns (27%) were the leading barriers to such treatments. Only 19% were likely to start on a prescription MS medication within the next year. 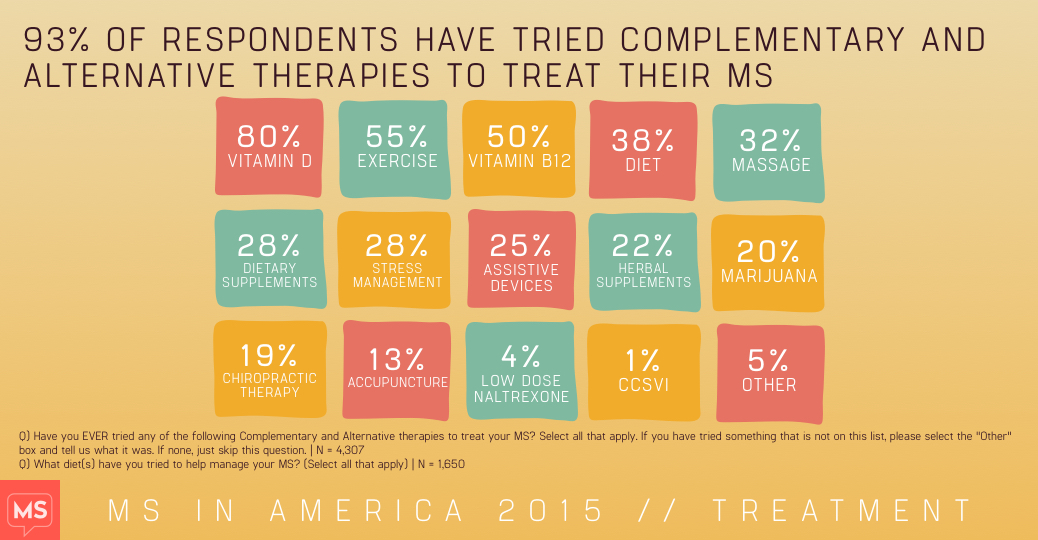 Vitamin D was the most common complementary and alternative (CAM) ever tried, followed by exercise and Vitamin B12. Of those who have tried CAM therapies, an average of 4.5 have been tried. Of the 38% who had tried diets for managing their MS, “eating clean” was tried most often (43%). 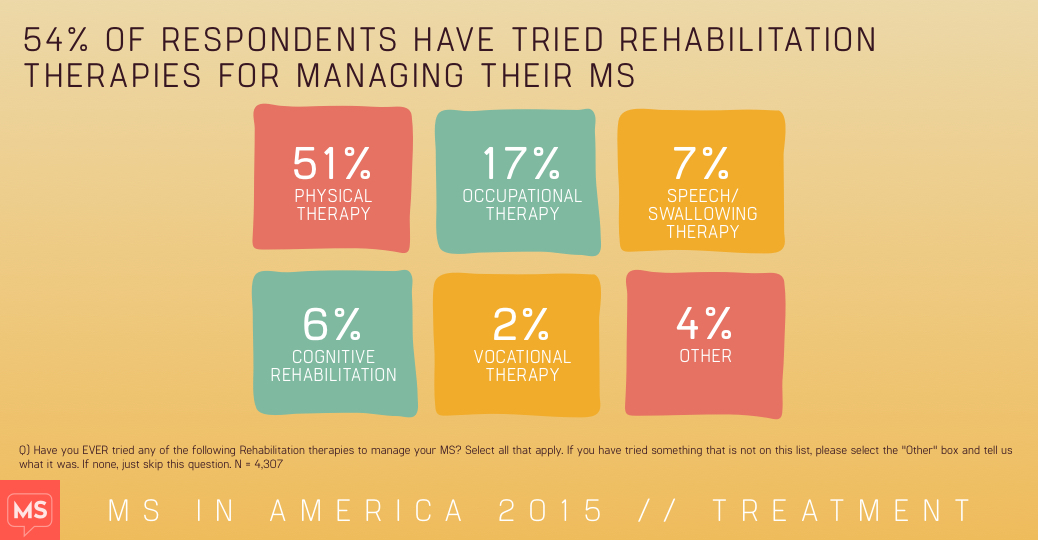 Of those who have tried rehabilitation therapies, an average of 1.6 have been tried. Physical therapy has been utilized by over half of respondents throughout their MS journey.

27% of respondents have avoided using an MS medicine because of cost. 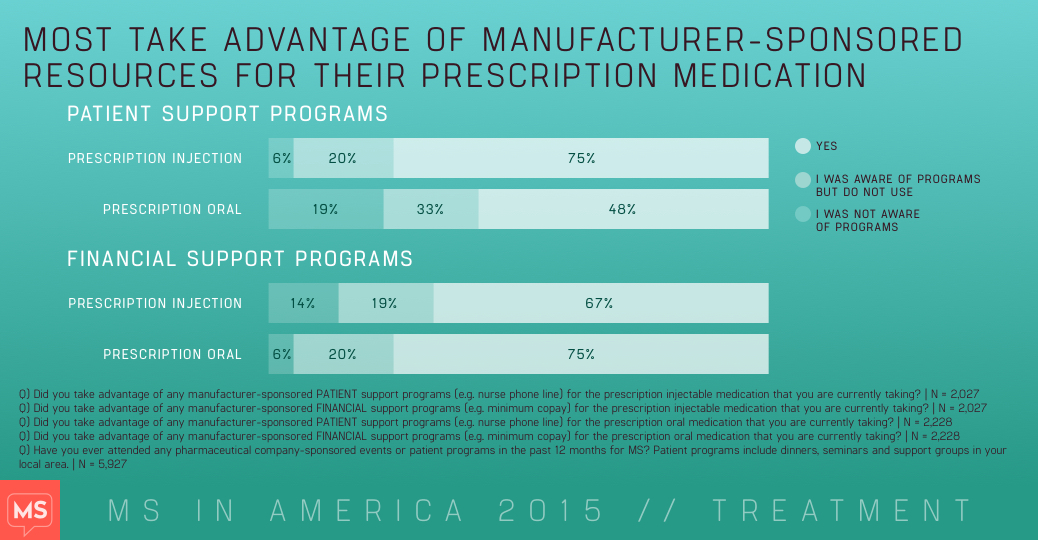 The Fears and Realities of MS Progression