A Catheter Ended My Bladder Woes 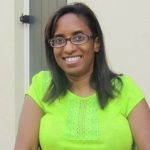 Over the last few years, I have had bladder problems. Before now, it was simply an inconvenience. But lately it has gotten out of control. Everything I have tried has failed. I’ve been on various medications. I wear adult diapers religiously but they always seem to leak. I’ve even tried self-catheterization, with little success. I am still aware of when I need to pee; I just cannot get to the toilet in a timely fashion anymore. And when trying to use the restroom, timely is the name of the game. I’m just simply tired of “accidents”.

So I decided to get a surgically implanted suprapubic catheter.

During the hour and a half outpatient procedure, the catheter was placed in my bladder and was completed with no problems or complications.

The main reason I had the surgery was I no longer held complete control over my bladder function and the catheter would help me regain that control.

I arrived at this decision after many embarrassing moments. I remember the sleepless nights. I was waking up every three hours to use the restroom. I vividly recall the times I returned home from a night out wearing wet soggy underwear. I had dozens of ruined outings due to a weak bladder and endless anxiety about the “restroom situation” every place I went. I was always mindful of what and how much I would drink. Going out grew to be such a production and most times it wound up being humiliating and just too much for me to handle. It was easier for me too stay in the house and I began to feel trapped, like a prisoner in my own home.

The process began during a regular visit to my neurologist. I mentioned to him the troubles I was having. He suggested I see my urologist. My urologist, after a few test, recommended the suprapubic catheter. He told me that this type of catheter is common for patients with multiple sclerosis. So I found a few people who had a suprapubic catheter implanted and conferred with them. They reinforced what the doctor had said and told me how it had changed their lives for the better.

I also talked to someone who it didn’t work for. But she said she still didn’t regret trying to get it. Despite learning that it didn’t work for her, it was comforting to hear because knowing that it is reversible and can be taken out, gave me a little more confidence in the surgery.

So after consulting with my doctors and discussing it with previous patients, I decided to take the leap and have the surgery.

I had some pre-surgical jitters about being put to sleep with general anesthesia but I was able to push through my fear and I am so happy I did. There has been a learning curve with the maintaining of the catheter but that was expected. But other than that, it seems to have worked out. Now I’m able to confidently leave the house and enjoy life again.