Early and Later Treatment Adopters by the Numbers

Making treatment decisions upon receiving a diagnosis of multiple sclerosis (MS) can be difficult as well as confusing. As a part of our 2015 MS in America survey, we asked people who have MS to tell us about their treatment decisions, including information about when they initiated treatment. Here are a few insights we gathered from patients who started treatment upon diagnosis as compared to those who delayed treatment.

Completed the online MS in America 2015 survey, which gathered information about their symptoms and diagnosis journey, as well as their quality of life and treatment experience. 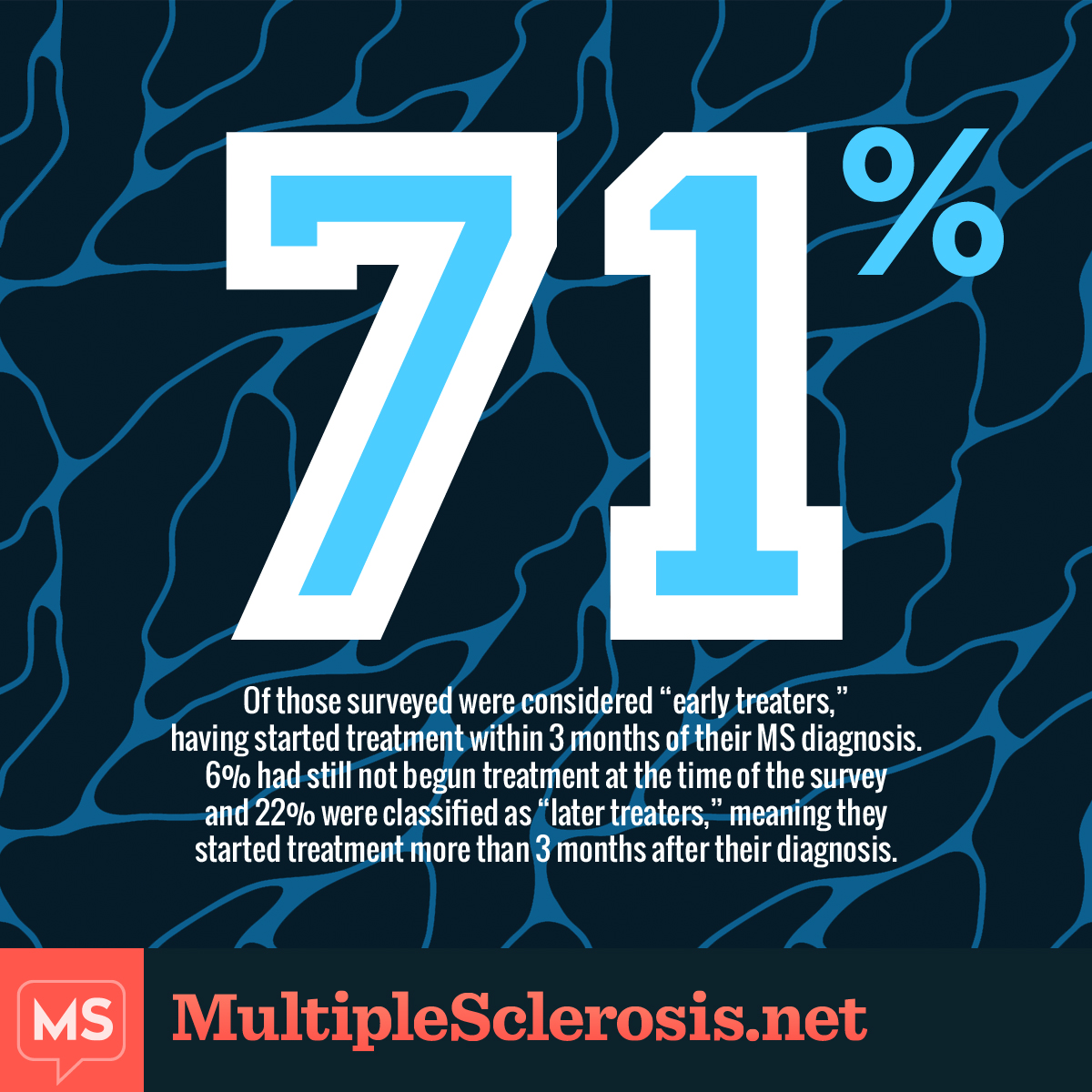 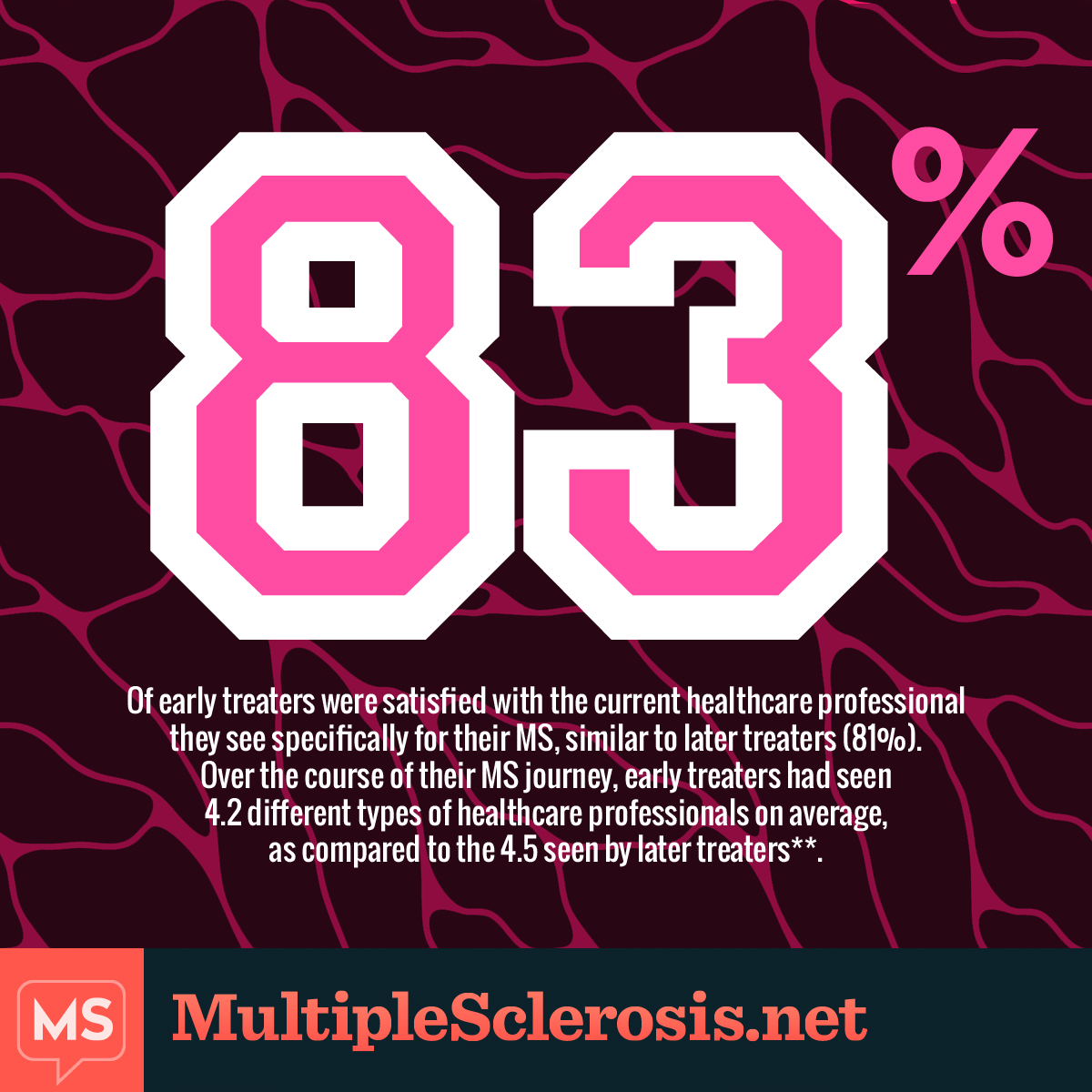 The average number of treatment types early treaters have tried over the course of their MS journey, as compared to 3.3 tried by later treaters**. However, both groups were currently using 1.7 types of treatment to manage their MS. 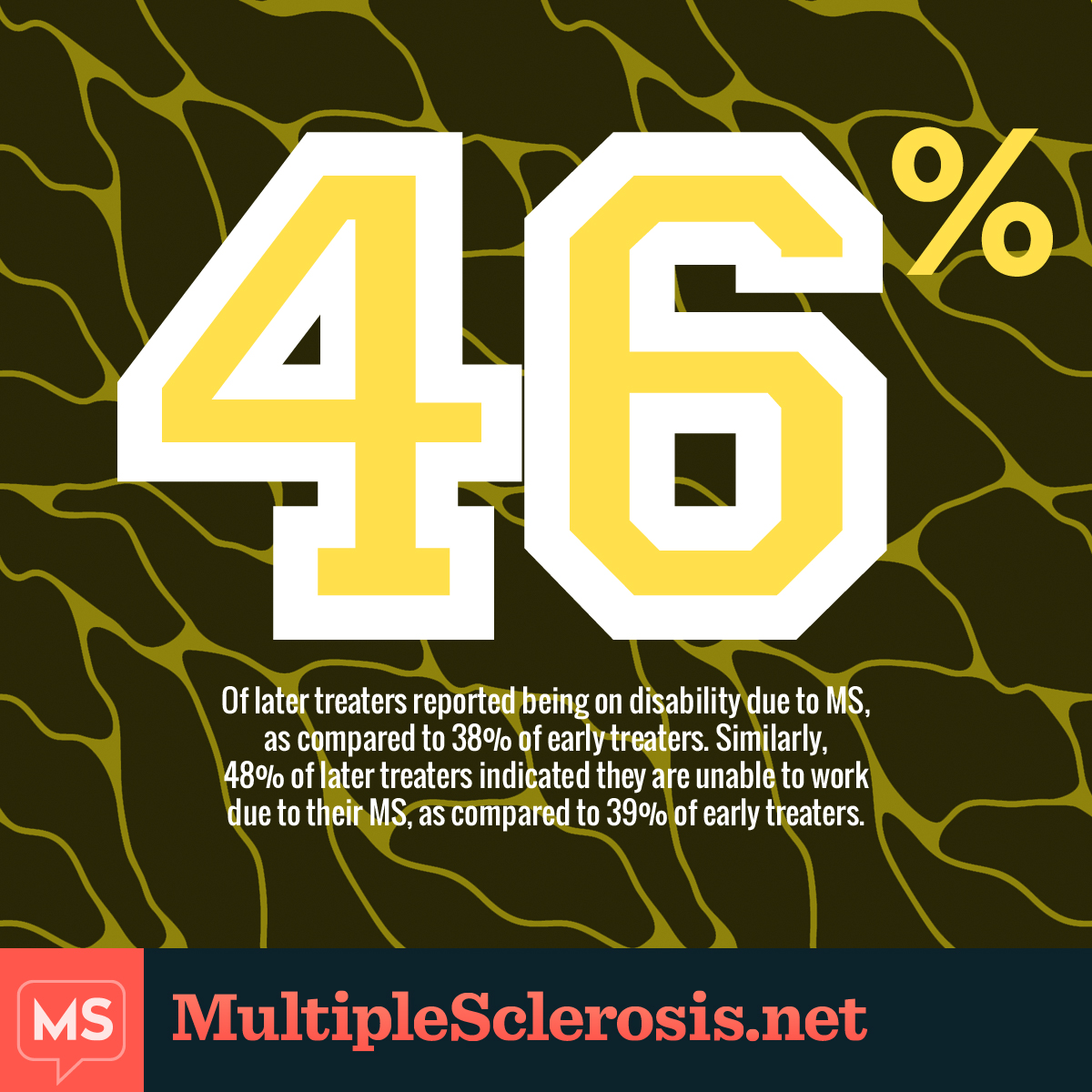 Later treaters cited that MS has impacted their relationship with their significant other at least quite a bit, whereas only 1 in 3 of early treaters found that their MS has such impact**.

The decision of when to begin treatment for MS is a personal one. You and your doctor should discuss options and decide what’s right for you. MS In America survey responses showed that while some people may delay treatment if they have fewer MS symptoms, those who started treatment earlier following diagnosis reported the current impact of MS was less on their relationships and their quality of life.

**The differences between the two groups is statistically significant (p < .05)

The Transition From Relapsing to Secondary Progressive MS