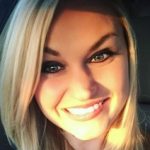 I was diagnosed with RRMS eleven years ago. From that point on medication became my normal-or so I thought. It wasn’t until after I was weaned off of all of my medication to start trying to have a baby that I came to a realization. All of the medication that was prescribed to me, in all reality, was really making me worse.

From the time I was diagnosed I was put on everything from anti-depressants and anti-anxiety meds to what seems like the whole lot in between. I would have new symptoms often, right after diagnosis- headaches, newfound tremors, new aches and pains, and so on. It wasn’t until much later on that I truly realized, what I once thought were all new symptoms of MS were actually mostly side effects of many of my medications. It almost feels like the first eleven years of my diagnosis I was a drugged up mess. The medications I thought were helping were really making me worse…it’s funny how that works.

At one point in my life it felt like prescription medication was a never-ending, ugly cycle for me. While one caused my tremors to worsen, the one for tremors caused headaches and fatigue, and the one for fatigue caused severe anxiety, lack of appetite, and insomnia which then led to high blood pressure, thyroid issues and so on. Before I was weaned off of everything, I was taking a handful of prescription medications plus over the counter medication to try and help me sleep like a normal human being. Being on all of that medication severely affected my life, and not in a good way either. I was not myself at all. I persistently felt like a walking train wreck-I hated how badly I felt day in and day out. The insomnia, fatigue and anxiety from my awful tremors were dreadful. My body was relentlessly uptight and in pain because I physically could not allow myself to relax. I was always gritting my teeth and clinching my fists just to try and gain back some sense of control. There was a time where I truly felt like bugs were crawling under my skin and my heart would race to no end. When I took matters into my own hands and explained all of this to the pharmacist, she told me I was on too many medications and they were interacting negatively, which in turn was making my blood pressure sky high. I was only twenty-three years old at the time, so that was extremely alarming. Then, not too long after that I had to go to the Emergency Room because I was passing out, and having what they thought to be mini seizures. You guys, I could barely function. This may seem dramatic to some, but there are days I look back now and have no idea how I made it through college-much less graduated. I’m amazed that I was able to work at the same time with all of this going on. Those drugged up days are all blurry in memory. I look back now, and I’m SO thankful I made it through that phase of my life alive and well! Another major issue was the actual weaning off of the medications. Weaning off of prescriptions like Topamax and anti-depressants is seriously like detoxing off of hard core drugs (although, I do not in reality know what that is like, it’s the only thing I know to compare it to). During the weaning process I was moody and irritable, I couldn’t sleep, and I was sweaty, nauseated as well as just plain miserable. I don’t know how my husband, family and friends tolerated me through all of those wild changes, but I’m sure glad they did. Once the weaning was over with and my body calmed down, I slowly started realizing that my body was finally feeling like it should. I felt like the old me-the one before diagnosis and so much medication. I honestly felt like a new woman, and it was all too obvious to everyone one around me, that before I had been overly medicated.

Now, don’t get me wrong, I am incredibly grateful for today’s new medical technology and innovative prescription medications that truly do help others in a positive way. It was just in my case, that being on one medication led to having to be put on countless others, and turns out it was not at all what was best for my health and mental state. Today, I am only on the medications I ABSOLUTELY have to be on, which is a simple six pills a day, and includes my MS modifying drug, my natural thyroid medication and a daily dose of Vitamin D3. To combat my MS fatigue, and other symptoms, a balanced and healthy diet plus exercise are my drugs of choice. I feel like a million bucks compared to the person I had become on all of that medication. Now, I still have tremors, but they are so mild compared to the debilitating body earthquakes they once were. I still struggle with fatigue, but I no longer have medication induced insomnia. I can finally fall asleep on my own and for the first time since before diagnosis, I know what it is like to feel my mind shut off and my body drift off to relaxation and sleep. Before, I can say in good conscience that I do not think my body knew how to relax. The stress and tension that all of the medicine put on my mind and body is now gone. My body no longer tenses up on me and hurts, and if it does, then a little Pilates or Yoga is just what I need.

The point of me writing this article is this—medication can be wonderful and helpful to some, but you can also easily become overmedicated like I once was. I do not want others to lose their sense of self like I did. Becoming aware of my body and my physical and mental health is one of the best things I could have ever done. I hope that if you are currently on a lot of prescription medication and are feeling less than great or unlike yourself that this article can help you in some way. I hope that you’ll be able to realize that there is hope for a brighter future and that medication does not need to rule your life! I am extremely thankful to my son daily, because if I would not have become pregnant, then there is a chance I would have never known how greatly medication was taking over my life. Learning how to deal with my struggles and issues on my own and not medicate every single issue has not only changed my life for the better, but I believe it has SAVED my life. Having that perfect balance of diet, nutrition and exercise has become vital for me. It has helped me transform into the healthy wife, mom, and MS warrior I am today! I never believed medication could rule my life, until my life was the one it was taking over. Knowing now what I did not know then has helped me see that sometimes, change of diet, exercise and other lifestyle changes are all that one needs to be their best self-to FEEL like their best self! I found out the hard way, medication really doesn’t cure everything after all…every now and then medication is in fact what is making you feel worse.