Pains of Being a Female 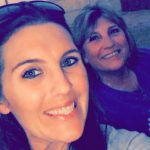 So let me start this out by saying, this is a post for the ladies that have MS… So you have been forewarned. It’s not ‘ew-gross’ or anything, just something for the ladies to relate to.

Now, let me just share on how this all came about, so you can get an idea of where my mind set was coming from, and why I’m writing this now. My best friend has MS, so just a heads up. We always share how we’re feeling, because in some strange way, we seem to go through the same thing at the same time. She is in Canada and I’m in Texas, so it’s not likely we have the same environment around us, etc.

But yesterday was a Sunday, and my husband and kids wanted to go over to a friend’s house to hang out for a bit. So I was like all right, let me get ready. As I go in my room to get ‘ready’… I’m thinking to myself, it’s kinda chilly outside, I should wear a sweatshirt/hoodie. Mind you, if it’s in the low-70’s are below, that’s considered cold for me, don’t judge. So as I was getting my hoodie, I thought to myself, “Crap, we’re going somewhere, that means I have to put a bra on.” Then a light bulb went off, and it’s like HEY! I am wearing a hoodie over my shirt, I don’t HAVE to wear a bra, if I really don’t want to. Is that weird? Oh well, I don’t care.

This isn’t me just NOT wanting to wear a bra, as a form of rebellion or just being lazy. The reason is because if I wear constricting things, it causes spasms/tightness and the horrible MS Hug. So I avoid wearing constricting material, like a bra, because of that… especially for a long period of time. Let me also say that the house we were going to, was out in the middle of nowhere, so no biggie.

I guess my secret is now out on why I love cooler weather… lol Well, I mean kinda obvious that I don’t like the EXTREME Texas Heat that we have during the summer for obvious reasons, but you get my drift.

Once I get home from work, one of the first things I do is take off my bra. If you have dealt with what I’m explaining, then you known that this is not an exaggeration. I repeat, THIS IS NOT AN EXAGGERATION. I have a very high pain tolerance, or so I’ve been told, and the MS Hug can me make immobile and almost in tears at times, same as muscle tightness/spasms. This is not your normal spasm either. It feels like my muscles are screaming at me, asking me why I am mistreating them! Am I making any sense right now? Am I the only one that deals with this? Well besides my bestie… but that doesn’t’ count.

Let me explain to you that because of all the stress I put on my back/shoulders, I ended up being referred to a pain specialist, and had to have a nerve block done on my shoulder area, to have some sort of pain relief. It’s obviously just a temporary relief, not permanent, but at least I get some sort of relief.

So basically, the topic of this article, is about the pains of being a female… we’ve all heard about it before, but can you imagine the ‘pains of being a female’ and having MS on top of that… Wearing cute clothes, having to wear dresses, which means heels… That’s just not something I can do. And it’s not just because of the fact that I literally don’t own a dress or heels, it’s because I will fall on my face if I attempt to walk in heels. Face meet floor, end of story, if I wear heels.

Most of my wardrobe is jeans, t-shirts, shorts, flip-flops and tennis shoes, and boots. Of course it’s easier just to throw those things on, then get dressed up, but it is also because I literally can’t deal with the ‘pains’ of wearing heels, having my hair and make-up done on point all the time, etc. This list could go on and on and on, not even joking.

Why do I wear jeans/yoga pants a lot? Their comfy, that’s for sure… but also, it’s not easy to shave my legs. My hand doesn’t like to steadily hold a razor for that long, all the time. Is that TMI? Well, sorry, it’s the truth. I know that men have their own issues that they have to deal with, and I’m not saying female issues are more of pain, or anything like that. I’m just sharing some of the struggles that I have to live with everyday. This isn’t even all of them, this is barely even touching on all the topics that can be covered, but I’m gonna stop here, because it’s been a long day and I just need some rest time.