Severe Depression: Getting Help for the Hopeless 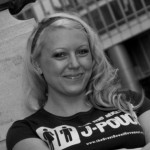 When I was offered to join this team to blog about living with MS, I was ecstatic. I was so excited, I told everyone in my life and it felt like I finally had something to look forward to. That was almost 3 months ago, and this is only my first blog post. So, what happened?

Depression. Depression happened as it often does to people with chronic illnesses, but this time was different than other times. This is and has been the deepest depression I’ve ever been in. I had wanted to start my entries on a bright note, telling people about my life with MS, and Ulcerative Colitis, and be able to empower them. Instead I have waited and waited for a time when I felt upbeat enough to even sit and write out an entry.

I have had bouts with depression on and off since about 2009. I had one very serious time in which I was to the point where it was just too hard to live anymore. I was tired emotionally, mentally, physically and I didn’t want to live this life anymore. Because at that time my life was nothing but doctors, surgeries, recovery, and repeat again. It was exhausting. Obviously, I got help. I found a new therapist and started an antidepressant and things got better. And I stopped taking my meds because I felt better, which as we all know, you’re not supposed to do. But I was ok. I was ok for almost 2 years and then, I wasn’t ok.

August was a particularly horrendous month for me and put me into a depression far worse than the other one. Except this time, I didn’t want to die, I wanted to be as miserable as possible. I was sad and angry, lonely and confused, and I had just started Tecfidera. The combination of side effects from Tecfidera, and my depression was enough to throw me back into therapy except after a month of starting my antidepressants again and weekly therapy, I wasn’t any better. In fact, I was worse. I was being more self destructive and isolating myself more from my friends and family to the point where I only went to work and home.

When I hit this wall I knew it was time to change something. I found a psychiatrist who could actually handle prescribing me medication with a plan versus just throwing antidepressants at me. The psychiatrist even told me “I just feel so bad for you”. Gee, thanks guy. But you know what? It worked. The change in my medication has made a HUGE difference in my mood, my attitude, my energy levels and that change was almost instant. I realized that having someone in charge of my mental health was what I really needed. So often we have neurologists who are willing and good-hearted enough to want to help us with depression due to chronic illness, but the reality is, for many people an antidepressant isn’t enough. Many of us take Xanax for anxiety, prescribed by our neurologists and sometimes that isn’t’ enough either.

The moral of my sad story is this. Depression is often a large part of chronic illness and it will eat you alive if you let it. If you find that you are struggling and do not seem to be getting any better I would urge you to find a psychiatrist that you trust and create a relationship with them. Most times they will require therapy with a counselor in conjunction with visits to the psychiatrist. For me, I had plenty of doctors who would try to help me with antidepressants and anti-anxiety medications, but the doses weren’t right, and even the drugs themselves weren’t right. It would be like going to see a oncologist to treat your MS. If depression is constantly following you around, find the right doctors to give you the right medications to help. I did, and it has made all the difference. Today I am not 100% but I know that I will be again someday. And that is what the new drugs and the psychiatrist have given me. Hope.