The Realities of Stress and MS

In my many years of living with multiple sclerosis (MS), I’ve learned the hard way that my symptoms can have many triggers. Simple things that most people take for granted can turn a good day into an awful one in just minutes. Changes in temperature, sudden or loud noises, being too active, and even taking a shower can all knock me out of commission. The worst of my triggers, however, is stress. It most certainly wasn’t always this way, but now I find that I am very susceptible to stress. It’s not only life’s major stressors; even the smallest amount of stress can wreak havoc on my body.

This article should be no surprise to those who know even a little bit about multiple sclerosis. There have been numerous studies done confirming that stress is a problem for those with the disease. There have even been some studies trying to pinpoint it as a cause of MS. I could link a lot more studies, but again, I feel like this is all pretty well-known stuff that’s been covered before. I’m here more to talk about how it’s affected me. Like everything I write, I hope it explains what it can be like to have MS. If this article can help you explain it to others by sharing it with them, or if it even just makes you feel like someone else understands, then I’ll be happy. As always, I hope for some good discussion in the comments as well!

It wasn’t always this way

Like so many other aspects of this disease, I did not always have a problem with stress. I did well under pressure and worked in a high-stress job. That was the case even after I was diagnosed; however, it started to change gradually over time. That’s apparently common, but not something I expected. The idea that you have “relapses” and then you are fine just isn’t true. You still have damaged areas, and you have myelin that’s been destroyed and won’t come back.

All that damage adds up

You may feel better after a relapse, but eventually, all of that damage adds up. That’s where I’m at: as relapses happened and the damage in my brain continued to increase, I’ve slowly encountered issues that won’t go away. Experiencing stress about even trivial problems is just one change that I’ve noticed over time.

Plenty of reasons to stress

So, I get stressed out more easily now. Let’s face it though, just having MS is enough to be stressed about right? There is no cure and it’s wildly unpredictable. We all go to bed each night knowing that we might wake up and be unable to walk (that has literally happened to me) or have some other issue that was completely non-existent the day before. It can definitely cause some sleepless nights. Not only worrying about what condition we’ll wake up in, but also if we’ll be able to support ourselves, keep our loved ones, and even have health insurance.

Worrying about the future

Sure, you can say “Don’t worry about all that” and that you need to be positive, but at the end of the day, that’s not always that easy. I’m a fairly positive guy, but even I worry about the future at times. No matter how many positive and inspiring quotes you post for me to see, I’m still going to have moments where I’m stressed out and terrified of this disease. So it’s a perfect storm: we’re both more susceptible to stress and we have more reasons to stress.

I mentioned earlier that studies have been ongoing to show that stress can cause full-on relapses. For someone like me, they can also aggravate my symptoms and bring them to the forefront. Sometimes, it’s my symptoms that cause the stress. Earlier this week, I was experiencing some brain fog/cognitive issues and went to attempt to get a cup to fill with some water. I opened the cabinet and couldn’t choose a cup. My brain was so jumbled, I had trouble finding the right one (and I was so sure there was a particular one I needed). I stared for a while and it really stressed me out.

How many small decisions do we make in a day?

That stress led to weak and tingly arms and legs. That eventually led to me falling a few minutes later (my wife later helped me get a cup and some water). I was then sidelined on the couch and ended up in bed early, all because of one moment with one symptom that made me so confused and stressed, all over trying to get a glass of water. That’s how small and simple things that no one would ever think could be an issue can bring me down. How many small decisions do we make in a day? Most people wouldn’t even see that as a decision that needed making, they’d just open the cupboard and grab the first glass they saw. I normally would, too, but I have moments where my brain is just a jumbled mess. My point is, not only can my symptoms cause me stress, but the smallest of tasks can sometimes get to me.

I had to be carried out of my wedding

For example, I had a family member at my wedding who was pretty “take-charge” and trying to help out with everything. In the end, it only caused me more stress and resulted in me literally being carried out at the beginning of the reception. My legs went completely numb and I couldn’t stand. My right side was burning with searing pain and my brain was foggy. I spent most of my wedding back in our hotel room because of stress-induced MS symptoms. So, sometimes stress and MS don’t only ruin small things, they can ruin big things too. (as an aside, as horrible as all that sounds, hey, I still got married to a great person and that’s all that really matters).

You can fight this

Battling stress isn’t always easy. Cathy, one of our other contributors, has some great tips here. Stress is such an issue for those with MS that the MS Society also has a section on learning to manage it. Both of those articles mention getting some activity/exercise, and I find that to be helpful as well. I also find that finding a small hobby to give yourself and escape is helpful (I build Lego sets, but I know some people who rave about coloring books that are specially made for adults).

Raising awareness about stress and MS

I’d like to add to all that and say that it’s important to be aware of the dangers of stress and multiple sclerosis. It’s also important to remember that something that may not seem like a stressor to most may be awful to someone battling MS. I know the effects of stress of MS have been talked about a lot, but I wanted to do my part and lend my words to the topic. I hope we can all help raise awareness of how even the small things can impact those with this disease.

Thanks so much for reading!

Why Is It Not a Relapse Every Time I Feel Worse? 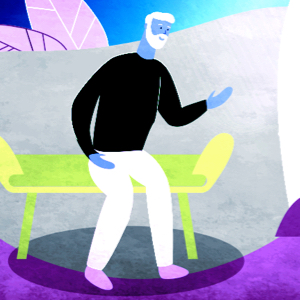 Surrounding Yourself with Positive People 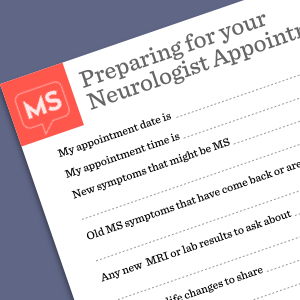 Preparing for your Neurologist Appointment