How Does Environment Play a Role in MS?

When discussing the role that environment plays in causing or contributing to the development of MS, a number of factors are considered. Environment can refer to where we live, what substances or organisms we come in contact with (including bacteria, viruses, dust, and pollutants), and what foods we eat and drink.

Specialized scientists, called epidemiologists, study patterns in the way diseases affect groups of people. For instance, epidemiologists are often called in to find out why an outbreak of a viral infection happens in a particular location or why one group of people may be more likely to get a certain type of cancer than another group.

Epidemiologists have found that people who live in certain geographic locations (see the Map below) may be more likely to develop MS. Studies have shown, in general, that the prevalence of MS (the number of people who have MS at any point in time) is greater in higher latitudes, or those places farther in distance from the equator.

When people in a community who live close to one another develop MS, it’s natural to wonder whether MS resulted from common exposure to something in the local environment. Studies have been conducted to examine specific clusters of MS cases where there have been suspected common exposures.

While cluster studies have been conducted in places including the Faroe Islands; Galion, Ohio; DePue, Illinois; Rochester, New York; El Paso, Texas, no true MS cluster has ever been confirmed and no environmental exposure, such as a hazardous substance or toxin, has yet been linked to MS.

Studies of potential MS clusters are very difficult to carry out. However, such studies do have the potential to tell us whether something in our environment may trigger or contribute to the development of MS.

Scientists have looked at a number of substances, including foods and toxins, that we are exposed to in our environment to see if any can be linked to MS. Some experts think that low levels of vitamin D may be linked to the development of MS.

Vitamin D is produced naturally by the body when we are exposed to sunlight and plays an important role in strengthening our immune system. People who live nearer to the equator and get more sunlight year-round tend to have higher levels of vitamin D in the blood. Interestingly, we know that the closer you live to the equator early in life (and the more sunlight and vitamin D you get), the less likely you are to develop MS.

Scientists have also examined exposure to smoking and various infectious agents, including common viruses, to find out if any of these may play a role in increasing the risk for developing MS. However, results from studies have failed to show a clear link between these environmental exposures and MS. Several infectious agents that have been examined for a link to MS include measles, mumps, rubella, and the Epstein-Barr virus. 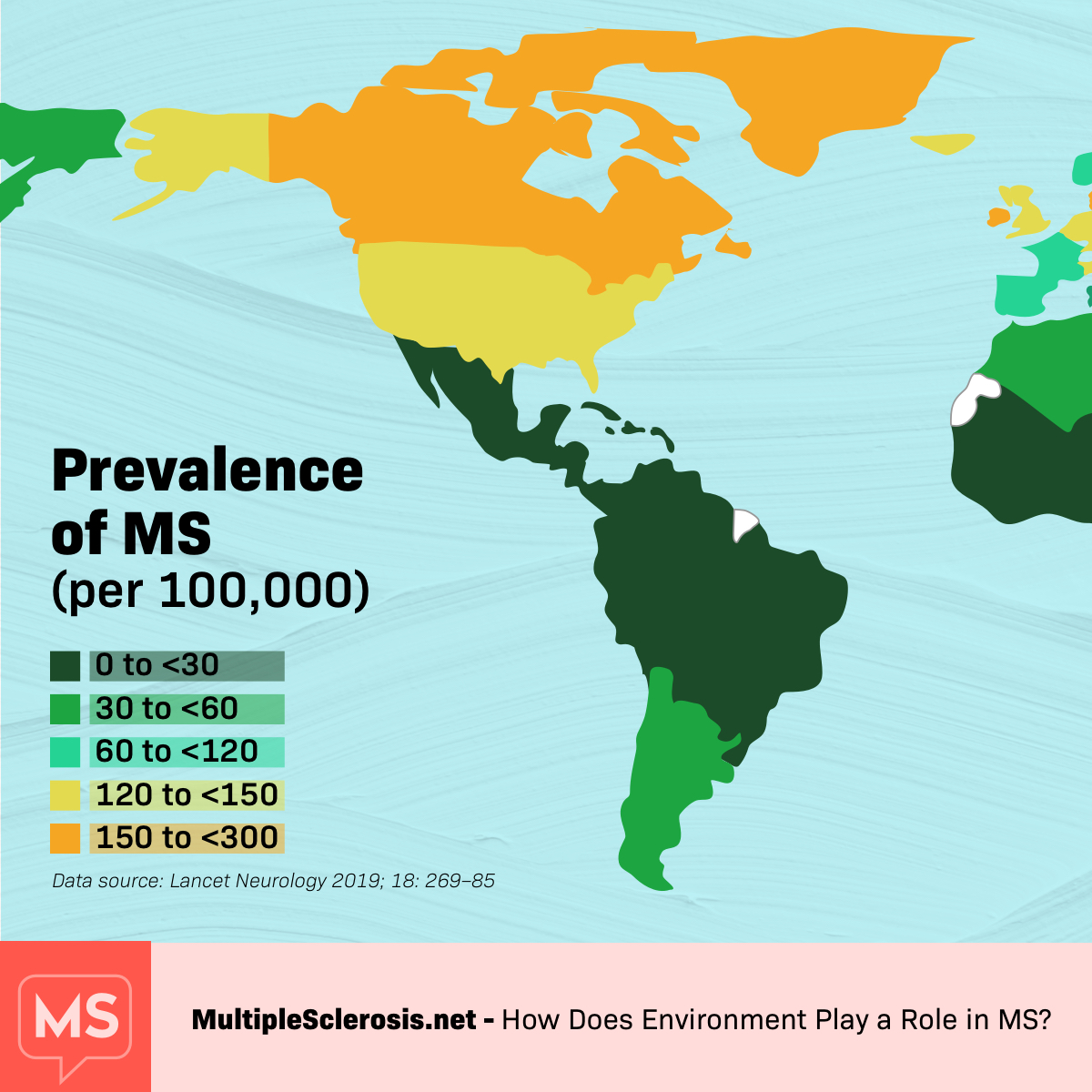 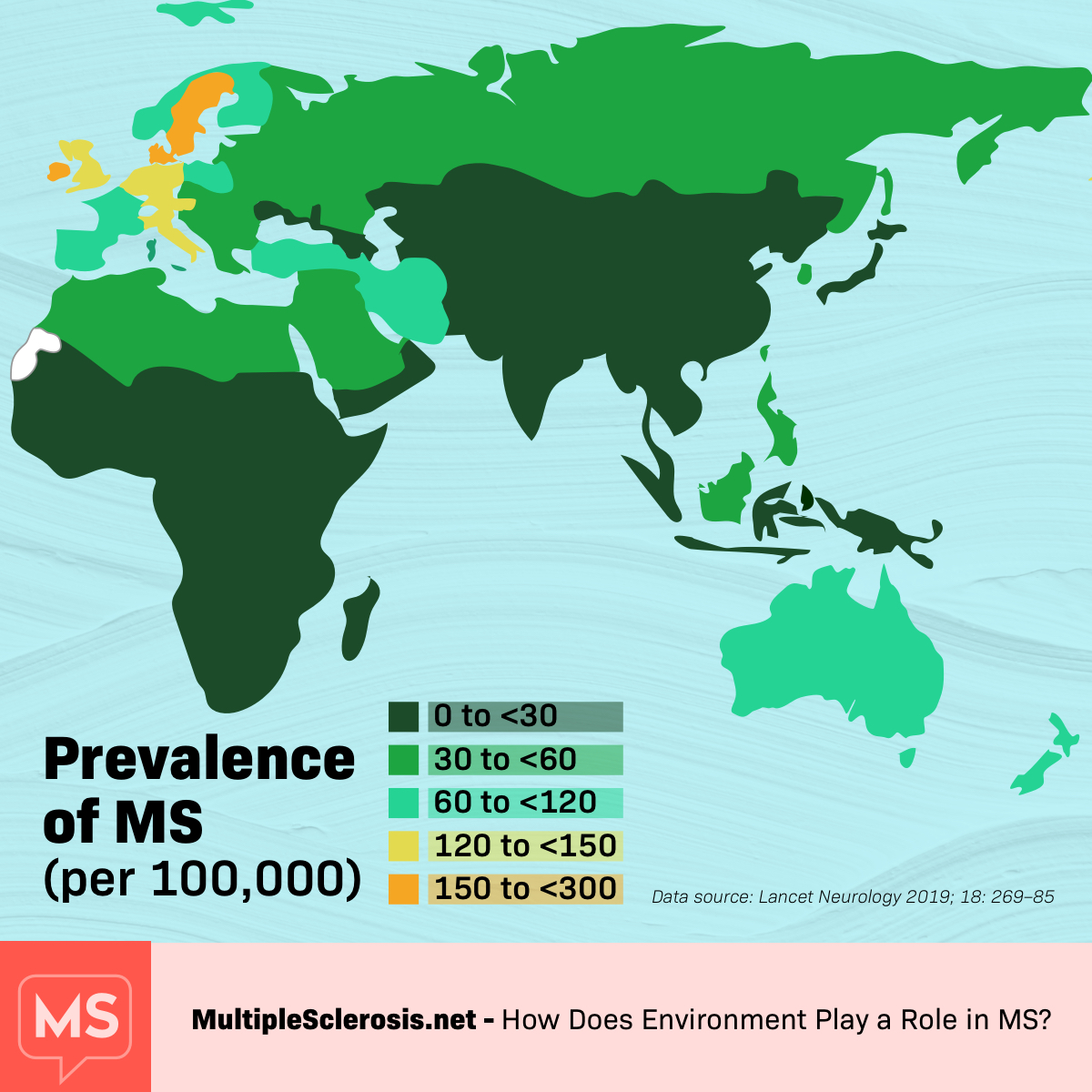