Becoming the Guy in the Wheelchair 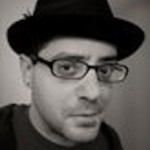 I’ve recently heard from several people who are on the verge of needing wheelchairs, saying that my Wheelchair Kamikaze videos have helped them and their friends and families see that being in a wheelchair does not diminish the person sitting in it. That’s a very hard and important realization to come to, and I don’t mind saying that wrapping my mind around the fact that I was now “the guy in the wheelchair” was one of the most difficult adjustments I’ve ever had to make.

As I wrote in my previous post, the process of getting my wheelchair was a nightmarish twelve-month struggle of dealing with inept and corrupt wheelchair providers, and legions of insurance company hellions. The grand irony of the struggle was that I was fighting tooth and nail for something I was actually terrified of. Logically, and physically, it was clear that I needed a motorized power chair. Emotionally, on the other hand, it was anything but clear. Me, in a wheelchair? The thought left me feeling gutted.

In a way, the fact that I had to fight so hard to get the appropriate chair kept me from focusing too much on what getting that chair actually meant. On the day that the chair was finally delivered, I felt a momentary thrill of victory, followed by much longer moment of deep shock. So, this was my new normal. I was now the guy in the wheelchair.

I was well aware of how the healthy me usually interacted with people in wheelchairs. Or, rather, how I didn’t interact with them. As my MS progressed, of course, I became more and more aware of the humanity of the individuals I saw in wheelchairs and on scooters, or struggling with walkers and other assistive devices. I knew all too well that their minds and personalities weren’t broken, only their bodies, but that realization was a case of “it takes one to know one”. When healthy, I think I was mostly just relieved that I wasn’t one of them.

Well, now that person in the chair was me. After the wheelchair delivery guy had set up my chair and left, there I was, face to face with my new appendage. Being a boy (and make no mistake, at best I’m a mannish boy) I’ve always liked things with wheels and motors, and that fascination soon got the better of me. Alone in my small Manhattan apartment, I fired the damn thing up. Within seconds I had crashed into a coffee table and knocked over a wing chair. Out of sight from the rest of the world, I sat there giggling.

It’s one thing, though, to zip around your apartment far from the public eye, but quite another to actually take the thing out onto the streets of Manhattan. For that momentous event, I waited for my angel of a wife to come home from work, and together we went for a spin around the neighborhood. My wife is relentlessly optimistic, and we share a keen sense of the absurd, and that first trip out in the wheelchair certainly did seem absurd, especially after I took a chunk out of the wall in front of the elevators on our floor. But we did it, and much to my surprise I wasn’t the object of curiosity or derision, but was just “the guy in the wheelchair”. It had been quite some time since I’d been able to go for a walk around the block, and the wheelchair was absolutely liberating. The size of my world had suddenly grown exponentially.

It took some time, but soon I found the chair to not only be physically empowering, but emotionally liberating as well. Have no illusions; people do treat you differently when you’re sitting in a wheelchair. Because you are now stuck at a$$ level to the world, there’s very little eye contact. Gone are the hundreds of little harmless flirtatious glances that passersby exchange almost reflexively. People are generally oblivious to anything going on below shoulder level, and some will actually walk right into you when you’re sitting in a wheelchair. Like it or not, you are different. You’re not walking around like everybody else; you are the person in the wheelchair.

But being the person in a wheelchair has its perks. If I ever tried to pull some of the stunts I do in the wheelchair while I was walking, like zipping through crowds, darting around people, and delighting in watching them scatter in front of me, I’d have gotten my a$$ kicked. But now, I’m the Wheelchair Kamikaze. Sorry if I startled you, but what are you going do, poke the gimp? Mind you, I’m not ever actually rude, I just like to go fast. Most people walk at about 3 mph. Well, in my chair, I can do almost three times that. It’s almost like I have a superpower. Superman’s got to fly, Wheelchair Kamikaze’s got to go zoom…

I’ve also found that I’m much more likely to talk to strangers. I suppose this is a way of asserting my humanity. I’m not just a lump of flesh driving a wheelchair, I’m a human being, dammit, and a fairly entertaining one at that. Looking lost in Central Park? Here comes the Wheelchair Kamikaze to save the day. Arguing with your boyfriend over which tea to buy in the supermarket? Wheelchair Kamikaze has an opinion on tea, and he’s happy to share it. I’ve found that once you pipe up, you often see a spark of understanding ignite in the person you’re talking to. Hey, he’s not just a guy in a wheelchair, he’s a guy, in a wheelchair.

Damn right, and if you piss me off I’m going to run right over your tootsies.

This article was originally published on Marc’s website on 04/29/09 and is being featured on MultipleSclerosis.net with his permission.