Building a Better Life With LEGO and MS

Living with Multiple Sclerosis has taught me a lot. One important lesson I’ve learned over the years is that living with a disease like this requires a certain amount of creativity. You need to be able to think outside the box. Activities that once seemed mundane, like showering, become a challenge and require you to adapt and to approach life in new, often unexpected ways. As my disease progressed, and in particular, as my cognitive issues began to worsen, one of my doctors suggested an interesting therapy to me: start building with LEGOs. This is the story of how an important part of my childhood became an even more important part of my life as an adult battling Multiple Sclerosis.

I was in my mid-30s when my neurologist suggested this, so I was more than a little surprised. I grew up playing with LEGOs, and there is no doubt they played an important role in shaping my creativity. However, it had been years since I had built anything out of LEGOs. I confess, I even stifled a bit of a laugh when he mentioned it. My doctor went on to say that he had other patients who have had success by working with them on a frequent basis and that I should try it out. The hope was that not only would it help me improve cognitively, but also help with my hands, which are frequently numb or weak. I’ve always been a kid at heart, so I jumped at the chance to go play with some LEGOs.

First I did a little research, because that’s simply the kind of person I am, I like to gather a lot of information. I found out that LEGOs are very helpful to adults. Not only with people in my situation, but also with people who suffer from severe anxiety, as well as veterans with bad PTSD. Seemed like my doctor was definitely onto something here. I also found that there are a large number of adults without serious issues who build with LEGOs as their hobby, a way to express their creativity and relieve stress. As I’ve mentioned before, stress and MS don’t mix, so that was a pretty big selling point for me too.

In my research, I learned about a gentleman named Scott Crawford. He also battles MS and is a pretty amazing disability advocate. He lives in Jackson, Mississippi and has built a LEGO version of the entire city! It is an ideal version of the city, complete with sustainable energy sources, well-kept houses, bike lanes, and accessible streets and sidewalks. It’s a conceptualized vision of what Jackson can be, all made with little plastic bricks. It’s an inspiration and I highly recommend checking it out! Seeing all this and thinking of my own issues with MS, I couldn’t help but be amazed. At the time, I couldn’t fathom someone with MS, particularly the progressive version Scott has, building all of that I reached out to Scott and he was both encouraging and inspiring. So I decided to dive in and start building!

Building against my MS

I kept telling myself this would be fun, but I couldn’t help feeling a little scared. I’d already lost a lot because of my symptoms; if I couldn’t put together even the smallest of LEGO sets, I knew I’d be crushed. I remembered how the small tasks during my cognitive exams made me feel, so I worried I’d be setting myself up for the same disappointment. I wasn’t completely wrong about that. I had, and still have, some difficulty at times. It can be hard to follow instructions at times, it can be frustrating trying to put tiny bricks together with numb hands. However, when things start to come together in a set, it feels wonderful. Sets are broken up into sections so you can feel like you’ve gotten something done without finishing the whole thing. It may sound crazy, but it gives me a sense of accomplishment that I seldom get from anything else these days. That alone makes it worth it to me, building a LEGO set brightens my day.

That, of course, isn’t the only benefit I’ve gotten. I have no question it has helped my cognitive problems. My friends and family notice that difference as well. It’s extremely noticeable if I haven’t been building with LEGOs for a while, my cognitive issues seem considerably worse to others. I forget things, I have trouble conversing, and difficulty doing simple tasks. It’s gotten to the point where my roommate will ask me if I’ve built anything recently and suggest that I go work with my LEGOS every time I seem a bit “off”. In fact, I don’t even dare try to write anything like this without first building some. I feel like my numb hands have benefitted as well, if not improved, and I’ve at least learned how to adapt with them.

In addition to helping my cog fog and my hands, it is an immense stress reliever for me. LEGOs give me something to retreat to, something to occupy my mind when life is tough. Something else to focus on when the pain is too bad. When my stress level is up or I am being crushed by anxiety, I’ll turn to my little bricks and either work on a set designed by LEGO or I’ll conceptualize and build what LEGO fans call a MOC (short for My Own Creation). A MOC is something of you design and build on your own from start to finish. The whole process can really stimulate your creativity. When I’m not building a MOC, I work on a lot of Star Wars themed LEGO sets (they have many different themes, including an amazing Saturn V Rocket that really appealed to me). I’m a huge Star Wars fan, so being able to combine my passion for that with brick building has made all of this even more relaxing. Having an escape like this has been invaluable for me, it gives my brain and body a chance to recharge and not focus on the challenges of my disease, all while giving it the stimulation it needs to keep sharp.

It sounds crazy to say that little plastic bricks have changed my life for the better, but it’s the truth. If I’ve learned anything from my time with MS, it’s to expect the unexpected, and LEGOs helping me fight my disease was certainly unexpected. Scott Crawford said this to me: “Building with LEGO is a lot like living a life with multiple sclerosis: creating something meaningful using fewer bricks than you once had. It requires creativity and a willingness to rebuild something new out of what you have left.” To me, that is such a perfect quote about life with MS. There is nothing that someone with MS can’t do, we may have things taken from us, but we can rebuild our lives a different way, we can adapt to the bricks we have.

Special thanks to Scott Crawford for letting me quote him and just generally being a hero to me. I discovered him and re-discovered LEGOs at a very tough time in my life and I can honestly say I am much better off now because of them. I’m not saying LEGOs will have a dramatic impact on everyone with the disease, but I hope to highlight that it’s important we consider everything when it comes to our treatment. Remember that help can come in unexpected places, for me that was little plastic bricks, it could be something else for you. Adapting is the name of the game with MS, I’d love to hear any “outside the box” things that have improved your life with MS. So, as always, please hit up the comments and let me know. The more we share, the better off we’ll all be!

Thanks so much for reading,
Devin 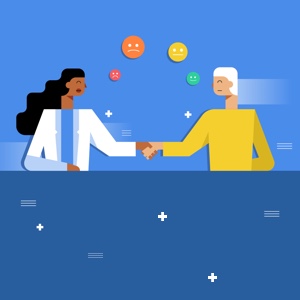 Me & My Doctor: Results from Our HCP Satisfaction Survey 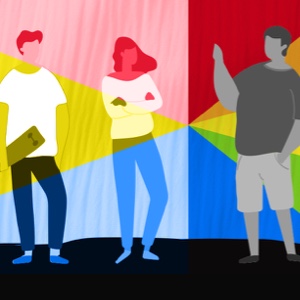 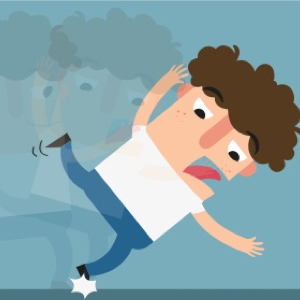 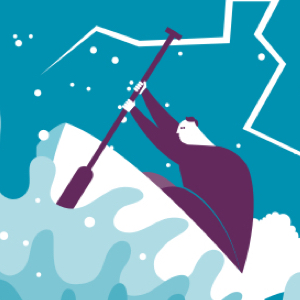