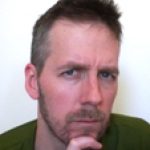 The curious trend of complete strangers giving you advice on how to treat your disease. And the new cure sweeping the internet inspires the ultimate challenge. Do you dare take it?

When I got diagnosed with multiple sclerosis in 2006, I expected challenges. Uncertainty. Gradually-improving-but-not-fast-enough research. But I didn’t expect the outpouring of advice-from friends, from family, from strangers-of how to best treat, nay cure, my disease. Never mind that today I run one of the largest and longest-running MS blogs and continually monitor MS research advances (and setbacks), the torrent of curative recommendations arrives almost daily. Yes, I always respond, I am fully aware of that cure. I’ve just been avoiding curing myself this whole time. Such a hassle.

Being told repeatedly about cures

Few four-letter words in the disease patient lexicon are more frustrating than “cure.” And in the dozen or so years I’ve had MS, I’ve had the pleasure of being told, repeatedly, about cures. That if I just took this one supplement or went on that one diet, all of my troubles would melt away like those unsightly glaciers clogging up our poles and national parklands. One time, my wife Laura was even pulled aside and told in a hushed voice that I just needed to drink more water. Hydrate. Why hadn’t I thought of that? And all this while I had been avoiding liquids.

This isn’t new. A couple of decades ago my grandparents were knee-deep into shark cartilage supplements. After all, they and thousands of others reasoned that if sharks were able to avoid getting cancer, it made brilliant sense to take a supplement made of a random shark part. There were just two problems with this theory. One, sharks actually do get cancer. Two, it didn’t work.

This leads me to my current favorite cure du jour: turmeric, that magic root commonly used in Indian cooking that turns food and fingers a burnt yellow. If you haven’t heard yet, it cures or treats some diseases, MS included, with remarkable efficiency. The leading example, armchair medical researchers like to cite, is Alzheimer’s Disease.

Could there be benefits from turmeric?

A single 2001 study found that in one rural Indian village, rates of Alzheimer’s were shockingly low. But the study was pockmarked with holes, starting with the fact that dementia is widely under-diagnosed in India, which is exacerbated in rural areas with limited medical resources. And with AD typically diagnosed later in life, it’s relevant that the life expectancy in India is in the lower half of all countries-lower than Mongolia, Cambodia, and Iraq-according to the latest World Health Organization statistics. People are dying before forms of dementia set in. Could there be other benefits, though, from turmeric?

For some time now, researchers have been laser-focused on the anti-inflammatory properties of curcumin, the “special sauce” in turmeric. But the journal Nature reported in 2017 that after more than $150 million spent in research (government funded, not “big pharma”), more than 120 clinical trials, and thousands of research papers, scientists have yet to find any specific therapeutic benefits. None. Months later exasperated researchers published a lengthy article in the Journal of Medicinal Chemistry essentially asking not to over-research curcumin as it is an “unstable, reactive, nonbioavailable compound and, therefore, a highly improbable lead.” Then, in December of 2017, the other shoe dropped. Forget, for a moment, the findings of scientists and researchers. Snopes, the urban-legend-debunking website, classified the claim that turmeric can prevent dementia as decidedly false.

And this brings me to my ultimate point: The Turmeric Challenge. This is a throw-down to all of you professional and amateur researchers out there. We now know according to the internet what turmeric treats (duh, most everything). The trick is finding what it doesn’t treat. After spending hours Googling turmeric (46 million results, a 10 million increase in six months) and every possible ailment I could think of, from rashes to diabetes to ALS, turmeric benefits them all. Try it. Erectile dysfunction, turmeric. Pink eye, turmeric. Hang nail? Hangover? Hashimoto’s? Turmeric, turmeric, turmeric. You are going to have to think outside the box. Way outside. Beyond gangrene, beyond Ebola.

All this said, researchers acknowledge that there may be benefits of curcumin that they have not yet discovered. Plausible, they say. And, fueling the excitement of the turmeric cheerleaders, a newly published study out of UCLA showed a statistically significant benefit in a tiny randomized, placebo-controlled trial. Cue Jim Carrey from Dumb and Dumber… “So you’re telling me there’s a chance.”

Good luck in your #TurmericChallenge

Indeed there is. But researchers have been down this road many, many times before. So that means for the time being, doctors in India are still gainfully employed and apparently still needed despite all the consumption of turmeric in the country. Good luck in your #TurmericChallenge. You are going to need it.