Invisible Illness: The Pain of Not Looking Sick

Living with an “Invisible Illness” can be mean living with a number of terrible symptoms. Severe pain, trouble walking, speech difficulties, cognitive impairment, and emotional problems are just some from a large list of potential issues we must deal with. While any one of those would be enough to make life hard, even unbearable at times, I’m here to say that our biggest challenge is actually the fact that many of these symptoms are invisible.

Multiple sclerosis, lupus, depression, Crohn’s, fibromyalgia, lyme, IBS, Alzheimer’s, diabetes, rheumatoid arthritis. The list is too long to finish but all have symptoms that are primarily invisible at first glance. If you were to really look and know what you were looking for, sure, maybe you’d notice something. In my case, stumbling around and slurring my words, you might just think I’d had a few too many drinks (if I was having a good day, hey, maybe I did). A superficial glance and we all look good. “But you look so good” is a phrase that we have all heard so often and all of us cringe when we hear it. For many of us, it has the air of disbelief and that is where our invisible symptoms can bring about additional problems.

There is no worse feeling than to be in pain or having any of the other awful symptoms I’ve mentioned and then having to worrying about people not believing it’s real. Not believing. That’s the worst thing about it. It’s not about believing what a disease can do, it’s about people not believing us. It could be a stranger, a friend, a family member, or even a doctor that looks at you with disbelief. If you haven’t experienced it, it can be hard to understand just how awful that feeling is. Suffering when no one believes you makes the pain and hardship we endure double.

I understand it, I do. First impressions drive the world and that first impression of us is that we are like everybody else. So when they see me chatting away with a group of people, maybe even holding a beer, and looking like everyone else and then hear that I’m on disability, they can’t grasp it. I “look good” but underneath my surface is an undertow of agony caused by my illness. People can’t see that and their mind can’t quite comprehend because of what their eyes tell them. Unfortunately, that’s the way our world is today. Our society is almost hardwired at this point to be judgmental based on appearance.

Please don’t misunderstand and think I wish I appeared more disabled. It’s very hard to look normal but we all give it our best, because at the end of each day, that’s all we really want, to be normal again. I do my best to look like nothing is wrong. I even try to not use my cane whenever possible, leaning against things or sitting when possible, because I want to appear like everyone else. Trying to “look good” is exceptionally taxing but also very important to me. But just because I’m putting up a good appearance, doesn’t mean I don’t want people to understand my issues. I want you to know why I leave functions early, why I cancel at the last minute, why I need air conditioning, and why I need days of rest. Many times, all of those things are even necessitated by putting up my “normal” appearance.

There is one example I have to talk about. Like many, I’ve encountered some discrimination when using a handicap placard. Even though I desperately need it, and every single step I take makes a huge difference in my life, I’ve had people see me and shout obscenities at me. I no longer even use it. Which means if we don’t find a close parking space, I’m apt to stay in the car. Most of the time though, I’ll end up just staying home. As a male on the younger side, I feel I’m put in a really bad position with regards to that situation so I avoid it. I have heard from many others with chronic illness that have experienced this exact same situation.

There are countless other examples where our illness not being on the surface can cause us trouble. Notably with friends and family not grasping our limitations or even just forgetting them. Having your family or friends upset at you for not attending an event or having to leave early can be a hard pill to swallow. It’s not our fault, but when our disability isn’t in the forefront, it’s easy to forget. The level of loneliness that hits when your own friends or family don’t understand can be excruciating. It’s no wonder that depression is so high in those battling an invisible illness.

Family, friends, and strangers aren’t the only issues. Many folks also have trouble with not only convincing doctors that they have issues but also explaining to them what their symptoms are. We are put in a place where many times we have to explain what we are physically feeling to medical staff; that’s not easy for everyone. It’s hard to get the appropriate attention you need when the doctor cannot physically inspect the issue. If I’m having a bad cognitive day, I might as well not even go to the doctor because there is no way I am going to be able to correctly explain what my issues are. I may appear fine on the outside though, so what’s a doctor to do when he can’t see anything and the patient can’t explain what’s happening?

We live in a world where appearances dominate so much of what we believe. How many of the society’s problems could be fixed if that wasn’t the case? I can’t answer that, but I can tell you that those who live with an invisible illness would live much happier lives. If you suffer from an invisible illness, you aren’t alone and I hope I’ve touched on some of the issues you may have encountered. Regardless of whether you have an illness or not, please remember that not everyone is as they appear on the outside. Remember that as you live your lives and let’s try to spread that awareness! 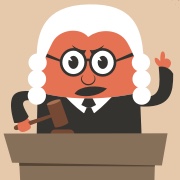 Don’t Be Quick to Judge 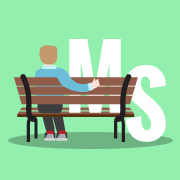 I have MS and MS does sort of have me 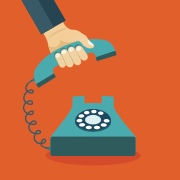 I Want To Talk To Someone Who Has Been There; Who Can I Call? 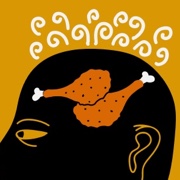