I had begun to walk like a drunk, and not just on Saturday nights. Within three years of being diagnosed with primary progressive MS, I needed some ambulatory assistance. Without consulting a medical professional, I purchased a wooden cane — something that looked rugged, masculine, outdoorsy, and decidedly nonmedical. Still, I dreaded the thought of using it in public. 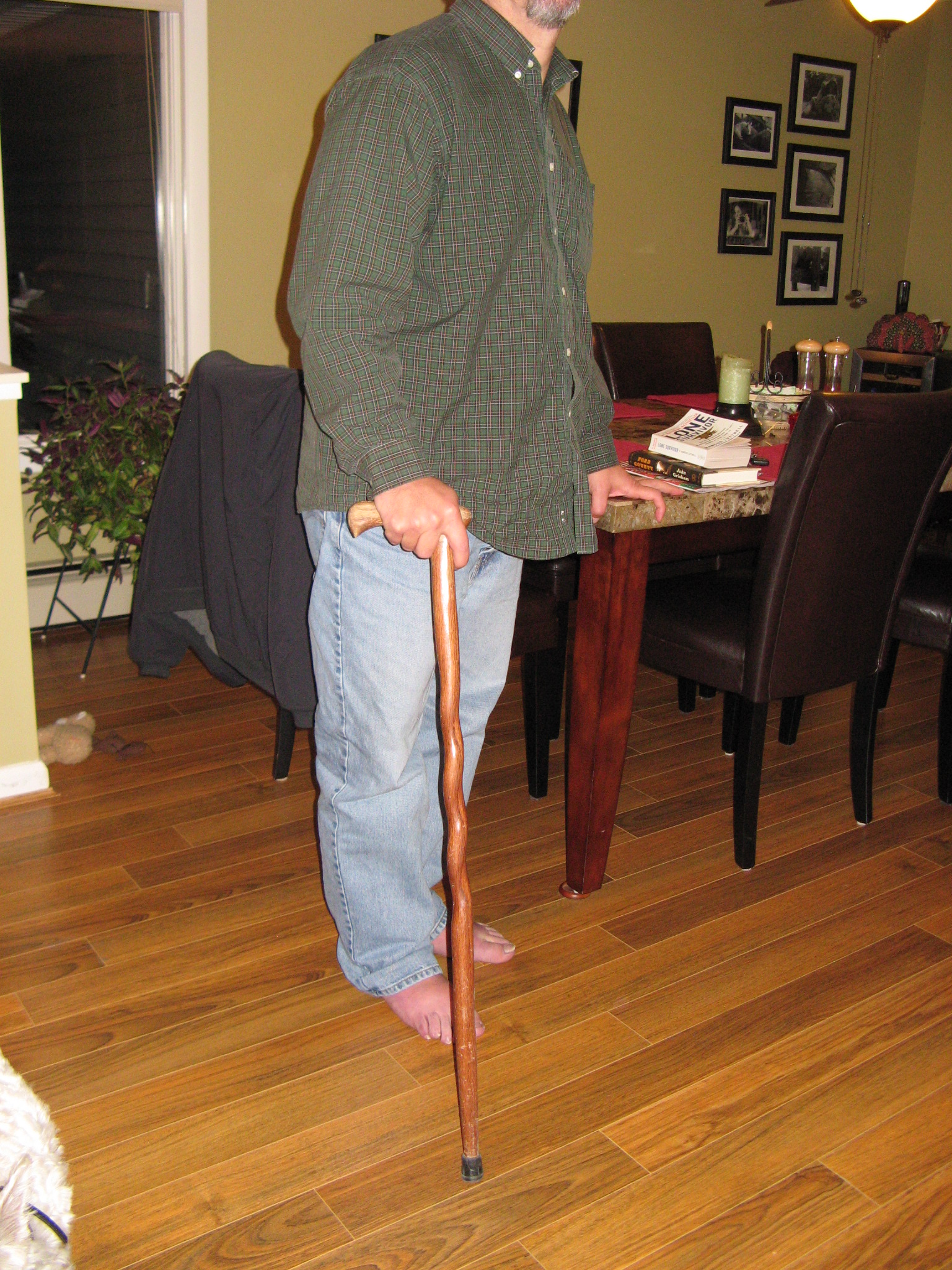 Trying my cane out in public

I worked up the courage to try it out at the annual Fourth of July fireworks celebration in Portland, Maine, near where I live. My wife Kim and I bumped into only one acquaintance, who acted as if she didn’t even notice. Still, I kept the cane hidden at home for a few more weeks.

Then we had visitors from Ohio, and if I was going to be a gracious host and show them around town, I would need the support of my new cane. One day, as we strolled down Commercial Street, I noticed a piece of trash paper lying on the sidewalk. In one deft motion, I plucked the paper from the ground with the tip of my cane and placed it in the dumpster, without breaking stride. My friends were impressed with my new superpowers.

Soon enough, this mobility aid became my cool sidekick. “Have you met my cane?”

My transitions to the next two mobility aids — forearm crutches and motorized scooter — went smoothly. Then, I ran up against the big one. 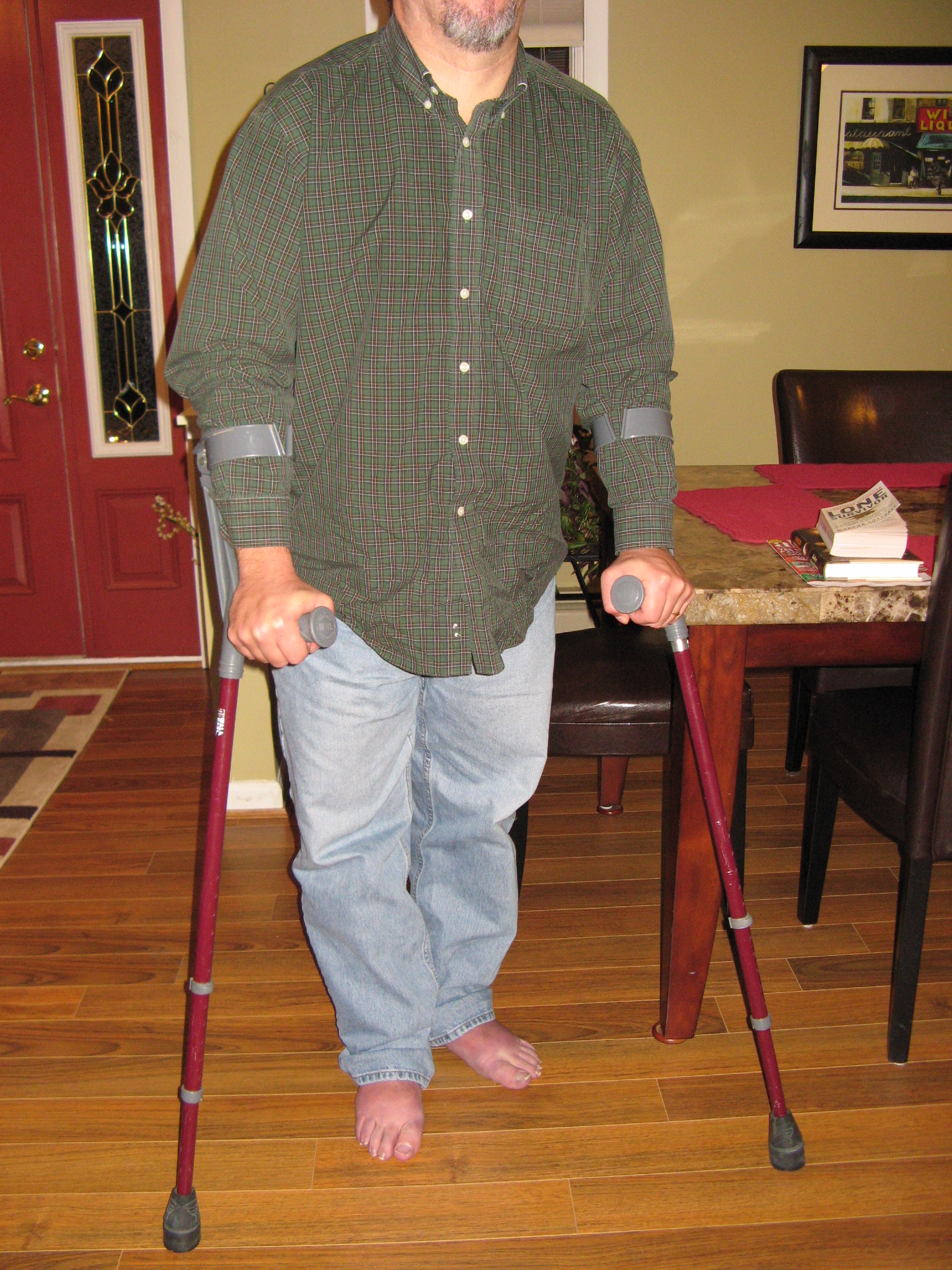 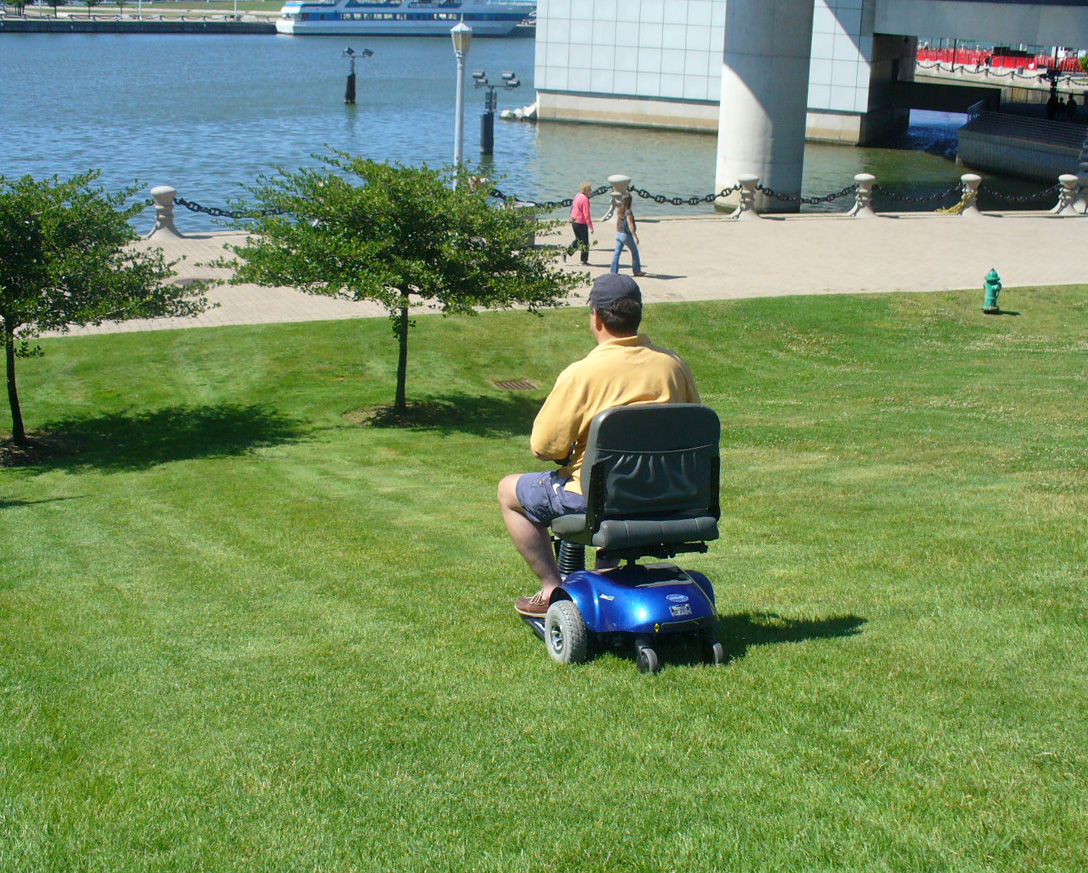 I’ve come to realize that there is no relationship between human and machine more intimate than that between a wheelchair and its user. The chair serves not only the function of legs, but also couch, recliner, dining room chair, car seat, chaise lounge, dog walker, coat rack, drink holder, shopping cart, and getaway vehicle. It is, therefore, ironic that the common term for such a condition is confined to a wheelchair, when, in fact, the more accurate term is empowered by a wheelchair.

Using a wheelchair would be my decision

Nobody would tell me when it was time for a wheelchair. That would be my decision. Things were different for my mother. She suffered a traumatic spinal cord injury, and there was no doubt she would require a wheelchair.

With a progressive disease, however, there is no single moment in time where everything changes. I wrestled with the decision for months. Some days I felt sure it was time, and other days the concept of a chair with wheels seemed absurd.

This internal debate wasn’t only about my physical condition. There were psychological machinations as well. As the wheelchair possibility came into focus, I began to long for resolution. Let’s just do it and get it over with, I would think.

I didn’t so much choose my wheelchair, as it chose me. But that’s a story for another day. When I became aware of the iBot, the most sophisticated wheelchair ever built, it was as if the universe had sent me a message. Mitch, it’s time. 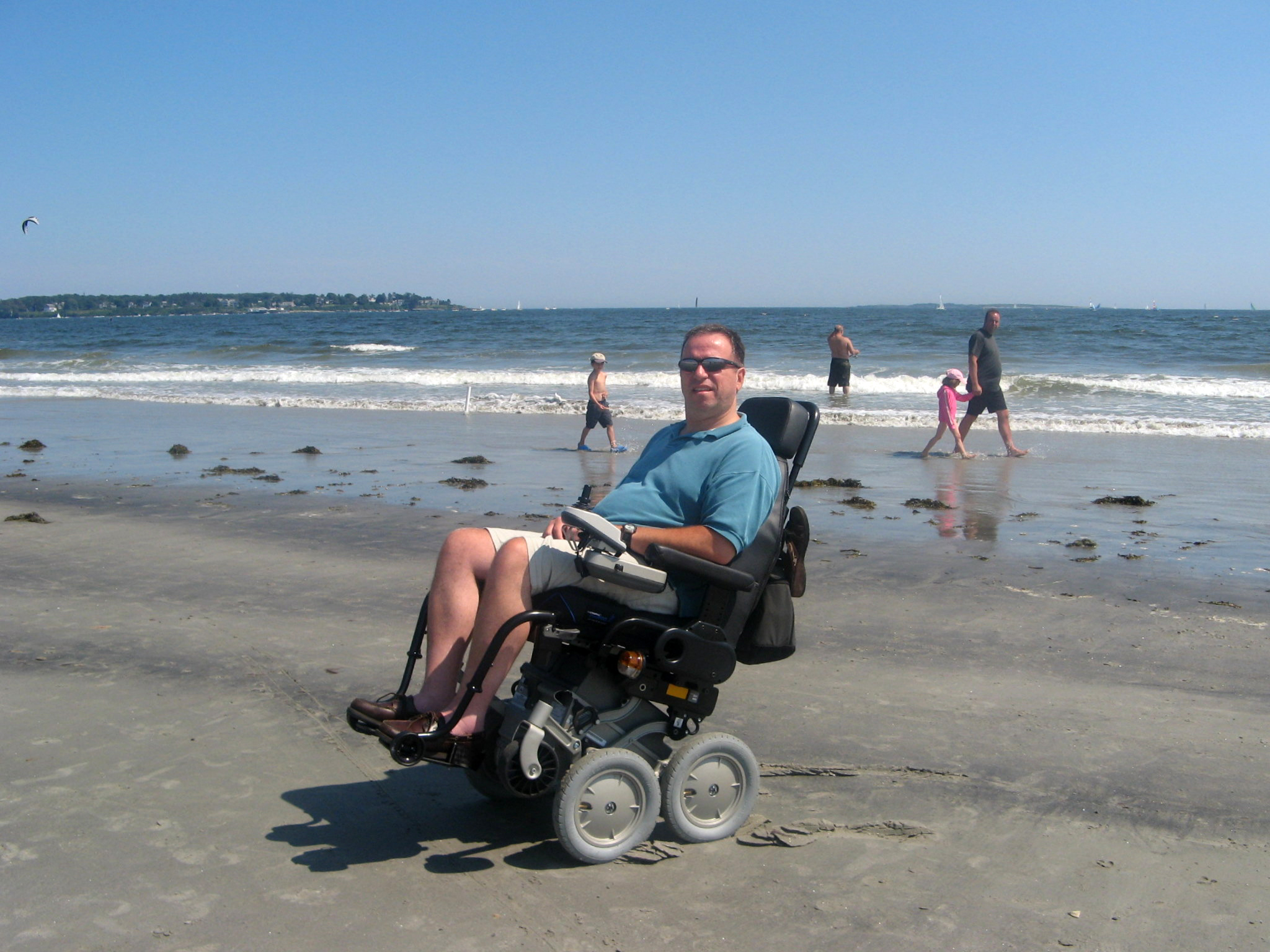 As soon as I began using a wheelchair, my life became better. The wheelchair was my friend.

By the time you realize you’re thirsty, your body is already dehydrated, or so I’ve read. I contend that by the time you consider a mobility aid, you’re already missing out on life. You’re spending all your time at home (or at work if you’re still able). You have stopped going out in public. Your friends have stopped asking you to socialize because you always decline. Your quality of life has diminished.

Your world opens up when you adopt a mobility aid

Then, when you quench your thirst, when you adopt a mobility aid, your world opens up, and once again life becomes enjoyable and fulfilling. That is, if you let it; if you don’t allow the social stigma of a mobility aid to limit you in the same way your disability limited you.

Getting Comfortable... or Not

24 comments
This article represents the opinions, thoughts, and experiences of the author; none of this content has been paid for by any advertiser. The MultipleSclerosis.net team does not recommend or endorse any products or treatments discussed herein. Learn more about how we maintain editorial integrity here.

How often do you use assistive devices to help manage your MS?