Multiple Sclerosis has a knack for being extremely disruptive in the daily lives of those it afflicts. What may seem like a mundane and daily chore for most can become an enormous challenge for someone struggling with MS. One of the best examples of this I can think of is taking a shower. While it seems like such an easy task for most people, the standing, temperature changes, and even just remembering what to do can all be a struggle.

Many MS patients struggle with weakness, numbness, and even just controlling their legs. Standing anywhere can be very difficult and falls are all too common. Just walking down the hall to get to the bathroom can be an adventure if I’m having a bad day. When showering, water gets added to the mix! That certainly doesn’t decrease my chances of falling. Standing for an extended period can really bring about some fatigue and pain. When I can stand for a while, it may not be noticeable, but I do tend to sway back and forth a bit and catch myself a lot. That’s not always a problem, but on the slick surface of a shower floor it can become an issue. Leg spasms, another common MS issue, can also make standing in the shower dangerous. Adding to all of that, getting into many bathtubs feels like trying to climb over a giant wall!

Heat intolerance is another massive issue we face when taking a shower. Most people suffering with MS experience a worsening of symptoms when their temperature increases. In fact, there was a time not long ago when MS was diagnosed with a “hot bath” test. If a person was suspected of having MS, they were immersed in a hot bath to see if symptoms appeared or worsened because of it. That’s a pretty good example of how temperature can be a big issue here. Now, you might say, why not take a cold shower? Sounds easy enough, but in addition to not being very pleasant, cold temps can cause issues too. For myself and others, it’s not just heat, but fluctuations in temperature that are the real problem. In the MS world, heat gets the headlines, but trust me, it’s only one of the culprits. In my case, I have a lot of issues when the temperature swings just a few degrees. So even taking a lukewarm shower can still cause me issues because no matter what I do, my temperature is likely to fluctuate.

Standing and difficulty controlling the temperature are compounded by the cognitive issues that many of us experience. It’s very easy for us to lose track of time and what we were doing. I know there have been times I’ve washed myself and then started over because I didn’t realize I’d done it already. It’s not until my wife comes in to check on me that I realize what I’ve done. By that point I’ve been standing, likely in water that is increasing my body temp, for a while; this can lead to disaster. Even if I haven’t fallen, the extreme fatigue and pain that result can be overwhelming. Once out of the shower, I’m lucky to make it back to bed or to the couch for a much-needed rest.

A bad shower can lead to canceled plans

A bad shower experience, something that happens all too often for me, can really ruin a day. I’ve taken a shower while getting ready to go out and meet friends, had this happen, and then been unable to go out because of it. Folks with MS tend to cancel plans often, this is just one example of why that happens. It’s hard to explain that you are canceling because you took a shower and it didn’t go well. “Sorry, I showered and now I’m having trouble moving and I’m in pain, so I can’t hang out tonight.” It sounds crazy even to me when I say it out loud, so how must it sound to those that don’t have these experiences? So as odd as it may sound, just taking a shower with MS can profoundly affect your relationships with friends and family.

There are certainly ways to battle some of the issues presented by showering. Handicap grips, a shower seat, and a shower that doesn’t have a high wall are all very helpful. Controlling temperature can be a bit more difficult. For the most part, trying to get through the shower as quickly as you can is the best bet (but be careful rushing around on that slick wet surface!). I also confess, I don’t necessarily shower every single day. As with anything MS-related, careful planning can also help. Getting the shower over with long before I have to be useful is usually my best solution.

No matter how you try to deal with the problems faced by showering, you may still find it difficult on some days. Temperature, leg issues, and cognitive problems can lead to canceled plans or even a dangerous fall. Showering may not seem like a big deal to most people, but for some people suffering from Multiple Sclerosis, it can be a big and even dangerous undertaking. 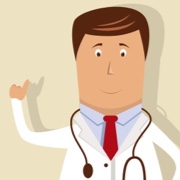 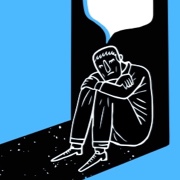 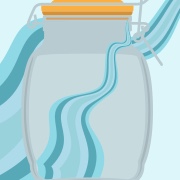 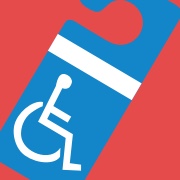