Asprin and Other Analgesics 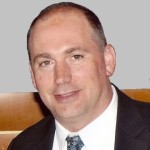 I am 52, ambitious, motivated, and have much to contribute. I am blessed with a wonderful wife and four extraordinary children. For almost 30 years I have had a very successful career in Information Technology. In 2008 this disease grabbed me, stopped me in my tracks, and threw me to the floor. Now that I am in remission, I fight to get my life and my income back every day. I am not taking drugs, but am finding some success with diet and exercise. I have achieved remission, but not recovery —-yet. I understand what happened to me. Allow me to share. Please read on.

First know that I always considered myself healthy, active, and vibrant; until I wasn’t.

In the early years of the 1990s, my early 30s. I began to create and sense health problems, but was ignorant to the causes. Medical Doctors offered no explanations or help.

I can now say fairly assuredly that my eating habits, which, at the time, I thought were fairly good, set off a cascade of reactions that eventually began to create serious health issues. Large lunches loaded with carbohydrates were consumed Monday through Friday – some days more, some days less – followed by very limited physical activity. I was mostly a desk jockey and only walked significant distances from time to time. Those days when high carbohydrate lunches, such as pizza or pasta, were consumed, an afternoon headache followed, so I began consuming OTC analgesics to fight the headaches.

After I started at a new Management job in 1994, large, carb loaded lunches were consumed daily in the company cafeteria. Afternoon headaches became a daily occurrence. I tried fighting the headaches with coffee or chocolate, or both. Now I know that these only worsened the situation by adding sugar and carb. OTC analgesics were not effective, so I started alternating formulas. I used Ibuprofen, acetaminophen, and aspirin. Headaches continued. Analgesic consumption continued. Profuse sweating from my head was a terrible side effect that I had no idea I was causing by consuming so many toxic chemicals. Blood appeared in my stool from time to time. I now know that was a result of the damage the analgesic chemicals were inflicting on my gut and should have raised a big red flag, but Doctors said nothing when asked. At the time, I was following the instructions on the bottles, so I didn’t feel the analgesics were responsible. Still, being suspicious, I did cut back on the use of those that sometimes created belly pains. Instead I ingested other analgesics that were not much better. To make matters worse, my new Management position came with a ton of new responsibilities and stress.

Also in 1994, I started going to the gym every morning before work. This practice led me to believe I was taking care of my body. Eggs and bacon for breakfast at the company cafeteria felt good after a work-out. Typically, during mornings at the office, I felt great. Unfortunately, early rising for the gym left me with an average of 6 hours sleep each night, not giving my body a chance to rest and rebuild daily. I found it challenging to pay attention or even stay awake at afternoon meetings.

Compounding the situation; About the same time, my Dentist recommended nightly gargling with a antibacterial mouth wash. I did so for 15-years before advised to stop by a physician. I never got any cavities, but I believe my gut micro biome was adversely effected.

The headaches and fatigue continued through the remainder of the 1990s. I consulted with several Doctors about the afternoon headaches, but no solutions were offered. Friends and family said stress was to blame for my daily headaches, but I knew it was not stress because I loved my job, loved the people I worked with, and enjoyed every minute of the day – despite the headaches.

Until one day in 2003, after telling me about the link between my large lunches and the lack of post-lunch physical activity, a GP I saw suggested I cut back on lunches and switch to salads. By this time I was working for IBM in NYC, but still no recognizable signs of MS. I started to have a 16 ounce Slim Fast shake at room temperature and a small bag of pretzels for lunch every day. The shake gave me vitamins and minerals with very few carbs, as well as some of the liquid my body desperately needed. The pretzels helped fill me up.

It worked. I was able to seriously cut back on the use of OTC analgesics. The headaches subsided and I lost a little weight. Some days, inexplicably, I still got headaches. I now believe it was due to dehydration. I was not drinking enough. I even took pride in my ability to take analgesic pills without water.

Around the same time, a blood test with my GP revealed that my blood triglycerides were very high (400), but no prescription or diet adjustment followed, when simple, daily fish oil pills could have helped tremendously.

I’m pretty certain that, by 2003, I had Leaky Gut Syndrome for a few years already. The damage was done. I was not supplementing and was not on any type of diet, so I was relying on the resiliency of my body operating on limited sleep and limited nutrition. I was still consuming dairy without concern because the media told me it was good for me.

I now have proven through an elimination/reintroduction process that casein and whey proteins from dairy were slipping through my leaky gut into my blood where these proteins were activating my immune system. I later learned through research that my immune system remembers these proteins so it can easily identify them as an enemy upon future encounters. Unfortunately, I have also read that dairy proteins appear similar to myelin cells, and when the immune system is activated by dairy proteins, it also attacks the myelin sheath protecting my central nervous system.

This went on for several years between the mid-1990s and mid-2000s, but my body was able to compensate by using alternate nerve pathways. However, by the summer of 2006, in the heat of central Florida, those alternate pathways became hard to find and symptoms of MS started to appear in my gate. I incorrectly assumed the gate problems were related to my now healed shattered patella, acquired in a car accident in 2001. My gate slowly got worse over several months. Sometime in the early part of the decade my sister was diagnosed with MS. I hadn’t heard about the sibling link, so it never occurred to me that I might also have MS. Her MS also began to show symptoms after a car accident and back surgery. It affected her sight and caused fatigue, but did not affect her gate.

To compound my already compromised body, in 2000 I started a very stressful job that I did not enjoy. It had me flying all over the country every week to work in mostly hostile client environments.

I was diagnosed with PPMS on February 1, 2008. In 2009, fourteen months after diagnosis, I was laid off. I lost my job, my career, and my income. The Federal SSDI benefit took another year, but is helping.

Since then, I have discussed my causal theory with my sister. She also confessed to overusing analgesics. However she also attributes stress in the office as well as a car accident where she experienced a significant back injury. Combine the OTC analgesic abuse, the office stress, and the physical trauma of the car accident to place her body at a serious disadvantage to maintain good health.

As for myself; the overuse of analgesics, the daily over-consumption of carbohydrates, sleep deprivation, constant dehydration, the trauma of the car accident where I shattered my patella, compounded by the stress of my new job, all created an environment where my body found it extremely difficult to maintain good health. An autoimmune disease such as MS was inevitable.

Given that my sister acquired MS after similar experiences, this may indicate that we are genetically predisposed to autoimmune disease. Our younger brother does not abuse analgesics, eats an organic, paleo diet, and does resistance training at home daily. Since my diagnosis in 2009, he has been careful and fearful of an autoimmune disorder.

I count myself blessed that I was able to function normally until MS symptoms began to appear at age 45. That gave me 45 years of wonderful, healthful living. I am grateful I was able to marry the most beautiful, loving, compassionate girl that ever lived – and she stays with me and supports me to this day. I developed great success in my career; I traveled to South America and Asia on company business; I went to Yankee Stadium for three World Series games; I built my dream house and drove the cars I wanted all my life. I am grateful I was able to bank a decent rainy day fund while I was working, so I continued to support my family after becoming disabled and losing my income. We brought four beautiful children into the world and I got to take them on wonderful vacations and attend all their big events and accomplishments. My entire family has been supportive. I am also very grateful that my MS lesions are in my spinal cord, and I have experienced no brain fog or other mental issues.

So if I could send a message to myself back in 1990, I would strongly recommend I eat lighter, healthier lunches, and consume bottled water all day. For those days that I still felt a headache coming on, I would go up and down the stairs at the office a couple times until I felt better – to burn off excess carbs. I would avoid analgesics, and take better care of my gut. I would make sure I allowed myself 7-8 hours of sleep every night.

I would have then avoided the headaches, the over-consumption of analgesics, being 20 lbs over weight, the Leaky Gut Syndrome, all the profuse, embarrassing sweating, the eczema, and the constant exhaustion and sleepiness.

These days (2015) I am very careful about what I eat. I no longer think the Slim Fast shakes are healthy, so I do not drink them anymore. I won’t eat pretzels anymore either. I blend vegetables and fruit into a tasty drink every morning. I strive for 8 hours sleep each night. I exercise every day and include stretching, cardio, and resistance training. I take supplements – vitamins, minerals, and herbs. I never take analgesics.

My MS appears to be in remission, but I have not yet recovered the abilities that MS took from me. Some days I see small indicators that complete recovery is not far off (e.g. a symptom disappears or an ability returns so I can complete a physical task that I previously could not). The overwhelming MS fatigue that brought on afternoon naps has completely lifted. I believe the mild fatigue I sometimes feel these days is just part of recovery.

Disclaimer: I am not a Doctor, nor have I received any medical training. My knowledge and insight on this subject was gained via a long road filled with extensive research in books, Internet blogs, self-analysis, Health Care Providers, the experiences of other MS patients, and repeated trial and effort.1,2,3,4