I’ve battled multiple sclerosis for fifteen years. Over that time, it has affected my ability to walk, hold objects, and to see. It has also made me extremely fatigued and has caused a ton of pain. To me, none of those are as bad as the symptom I am talking about today: cognitive dysfunction (sometimes called ‘brain fog‘ or ‘cog-fog’). This is the symptom that has stolen the most from me, from my job to friendships. It is also one of the least documented and most often missed symptoms of the disease, yet one of the most common.

I didn’t even know MS could affect cognitive function

As time with this disease went on, I’ve always known that there is a very real chance that eventually I won’t be able to walk (even now, walking is an adventure, and I even have a prescription for a wheelchair, though I fight against that). I always thought, though, that I would still be able to keep working, contributing to society. I was a software engineer, I used my brain for a living. I thought, well, even if moving is tough, I’ll still be able to get code out or design or contribute in some manner. Early on, I just didn’t even know this could possibly be a symptom. I didn’t remember any doctor mentioning it. I didn’t see it in any of the pamphlets I was given.

As I look back, the issues started occurring after one particularly bad relapse. I didn’t really realize it at the time, but I started having more and more trouble with my memory, with my attention span, with being able to “figure things out”.

Even though the relapse was over, the damage was either done or still occurring (a few years later, I would learn that I had transitioned into secondary-progressive MS). Still, even with a variety of issues, I carried on like normal, even got a new job. Deep down, I knew I wasn’t what I was before, but I was still good enough to be decent at my job. Then things really went off the rails – I had a couple of weeks at work where I don’t even know what was happening. At times, I didn’t even know where I was or what I was doing. One day, I realized it and told my boss I needed to talk. It’s all pretty hazy still, but I remember coworkers that day saying that they certainly noticed something was off. Code I had written in that timespan in no way resembled anything I had done before.

Being tested for cognitive impairment

It wasn’t long after that that I was with a new doctor and being tested for cognitive impairment. I had a lot of memory impairment, attention issues, slowed processing speed, and some trouble with spatial relations. There are times when I can’t remember things and yes, many people have that issue but trust me, this is more frequent and severe.

Cognitive dysfunction is scary and awful

At times, I can’t remember simple things, like debit card pins, how to get home, how to drive, friends and family members’ names and faces (think for a second how awful and scary that is), what I was doing, etc. It isn’t all of the time but it is exceptionally frequent and will get worse when my body temp increases or I am tired. Even writing an article like this is a multi-day affair for me.

Even reading and watching TV has become difficult

I was once a voracious reader. Now, reading has become a major hurdle for me. I am constantly trying to read books these days, but if I am having issues that day, I will read a page and just during the time it takes me to flip to the next page, I will no longer remember what I just read. I then go back and the process repeats. The last book I finished, I probably actually read four times or more in the process of trying to get through it once. The same issues occur with simple things like watching TV. If I am having a bad day, a commercial may come on and I’ll lose everything that already happened on the show. Sometimes, watching sports is nice for me because there is usually a scoreboard on the screen that is crammed with information, allowing me to catch up.

Conversations are harder, too

Social interactions can become an issue as well. Not only will I lose faces and names, but I will get lost in conversation. It isn’t that I am not paying attention, I probably pay closer attention to those talking to me than most people do. I simply have to. But I will still lose it. Sometimes it’s a distraction that will cause it (a reason I hate loud and crowded places) but other times it will just happen.

It’s easy to get angry

These types of issues can really lead to some frustration and depression. Just the other day I had to say to my wife “wait, your name is…”. I was in such a moment of confusion. I knew she was important, I could “feel” it but just finding the details in my mess of a damaged brain was hard. That kind of thing is hard to deal with. It’s easy to get angry at yourself because of it, even though you can’t control it. It is probably easy for others to get angry at you as well. Can you imagine if I had done that and didn’t have such an understanding wife?

I still try to exercise my brain

I have good days and bad, filled with good moments and bad moments throughout the day. I try to battle it all by still trying to read, doing online brain exercises, and most recently, by working on building block sets (a doctor suggested I do this, start building Lego or Mega Blok sets, and it has actually been very, very helpful as a cognitive rehab).

Cognitive dysfunction is still a symptom that isn’t well known (it was 12 years before I knew it was even a possible symptom). We always talk about how MS is an invisible disease, I hope I’ve helped explain what one of those invisible symptoms is like. 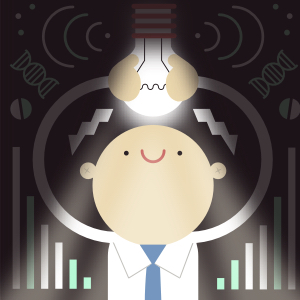 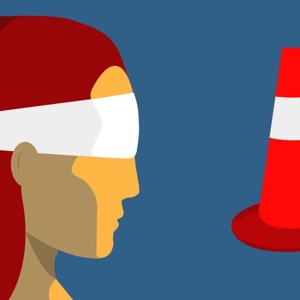 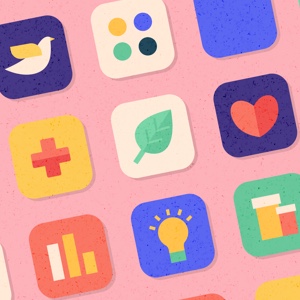 Look, Ma, I’m Driving My Cell Phone With No Hands 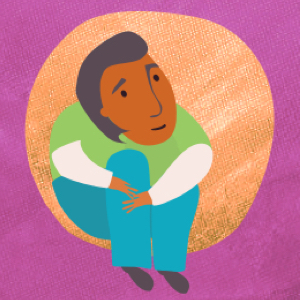