Epidemiology is the branch of medicine that looks for patterns in how a disease like multiple sclerosis (MS) affects certain groups of people. It answers questions such as, “Who gets MS?” Understanding who gets a disease helps doctors make important discoveries about the condition and sheds light on its possible causes.

Where people with MS live

Multiple sclerosis is more common in people from Europe, the U.S., Canada, New Zealand, and parts of Australia. It is less common among people in Asia, and Africa. It is less common in tropical areas near the equator. In high-altitude regions far from the equator, cases of MS increase. The color-coded map below gives you an idea of the number of people with MS around the world.

Between 750,000 and 1 million people in the U.S. over the age of 18 are living with MS. There are more people living with MS in the Northeast and Midwest than in the South.1,2 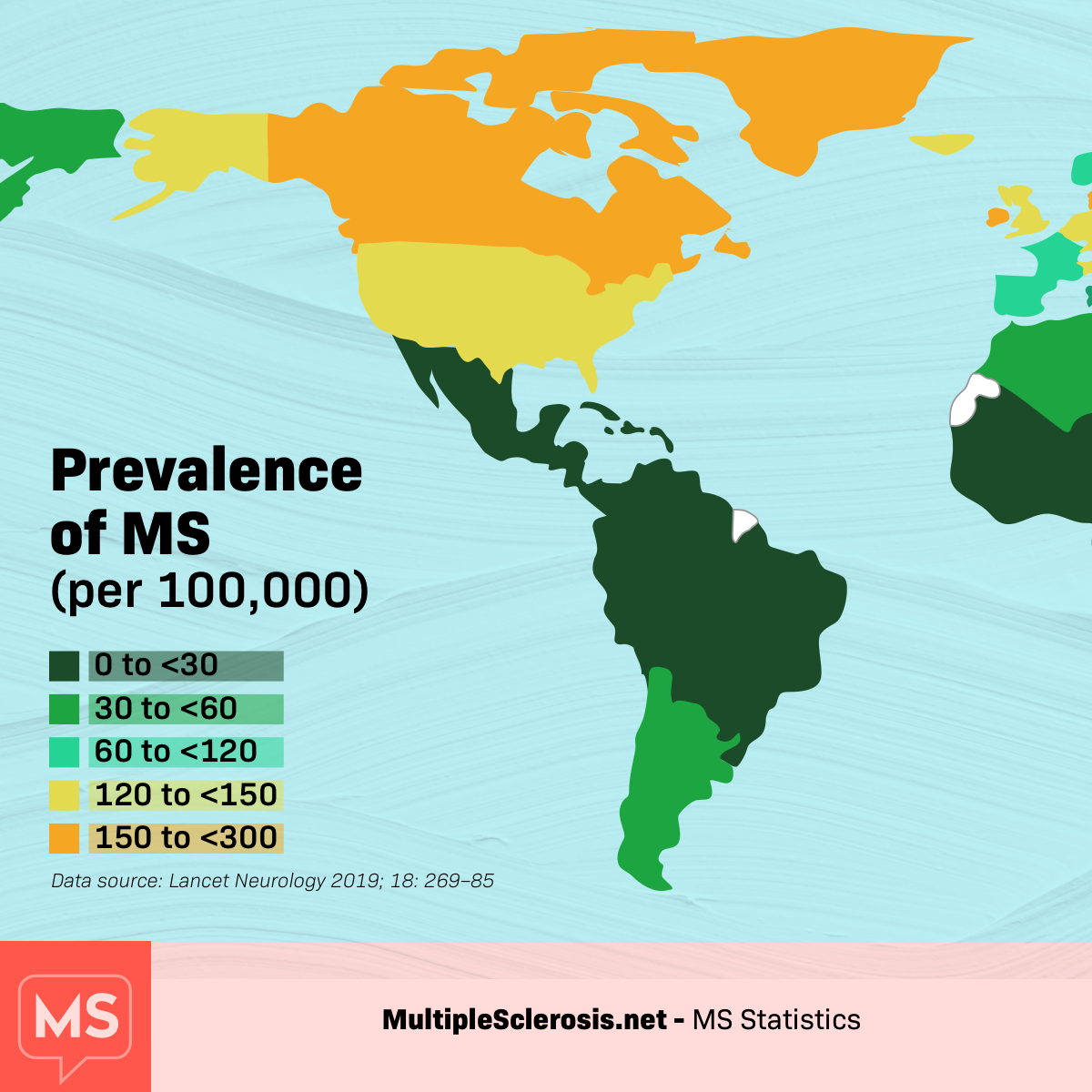 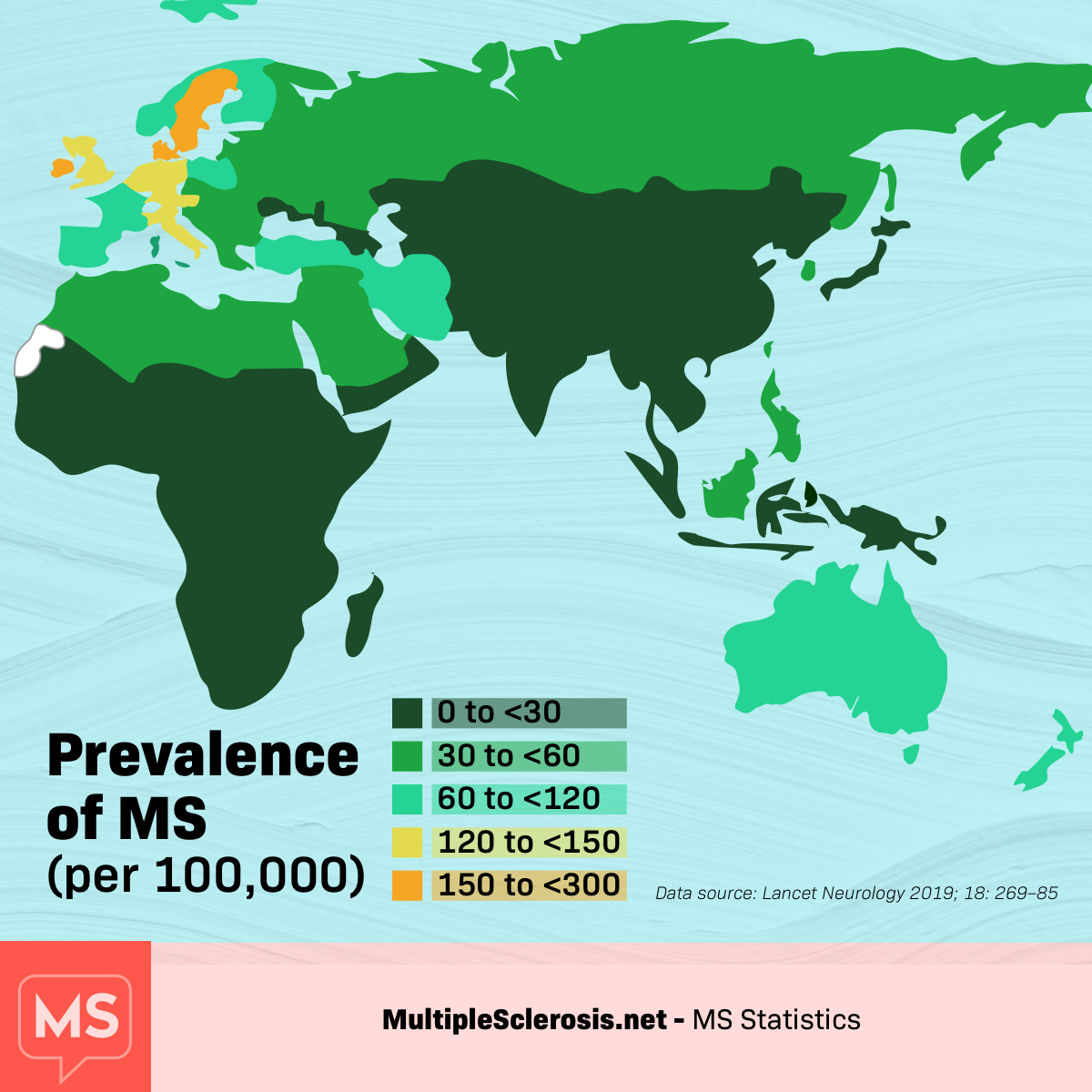 Is MS more common in females than males?

Like other autoimmune diseases, MS is much more common in females than males. Women develop multiple sclerosis 3 times more often than men. Some studies show that women with MS are more likely to have other autoimmune conditions such as psoriasis, thyroid disease, and inflammatory bowel disease.1,3

What ages are affected by MS?

MS can affect people of any age. The average age when symptoms appear ranges from 28 to 31 years old. MS symptoms may appear as early as age 15 or as late as 45. It rarely occurs in childhood or as late as the 70s. MS appears about 5 years earlier in women than in men.3

Does race or ethnicity impact who gets MS?

Multiple sclerosis is more common among Caucasians, especially if they live far from the equator. People of Danish descent and those living in the Orkney Islands have some of the highest rates of MS in the world. It is rare among some ethnic groups, such as Inuit, Yakutes, Hungarian Romani, Norwegian Lapps, Australian Aborigines, and Maoris.2,3

Factors such as household income, education, and employment do not seem to play a role in who gets MS.4

Scientists do not know what is causing this increase in the number of people with MS. Some studies point to certain genes that may be inherited. Others believe viruses and environmental factors such as vitamin D, sunshine, and place of birth may play a role. Some studies show smoking and obesity increase in the risk of developing MS.3

The North American Registry for Care and Research in Multiple Sclerosis formed in 2017 to help scientists pool information about MS patients. The registry will help build knowledge about MS over time to improve diagnosis and care. Currently, 22 hospitals in the U.S. and Canada participate in the database.5