Coming Out and MS 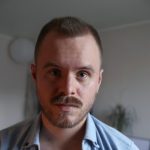 In the months leading up my coming out, I watched everything YouTube had to offer on the topic. Alone in my room, I would straddle the line between anxious curiosity and mounting nervousness.

In 2010, there was an initiative called the “It Gets Better” movement. Organizations and public figures spoke about their coming out experiences and offered hope to people still not brave enough to share their secret.

A sense of freedom from coming out

The people in the videos had one thing in common: coming out meant letting go of the heaviness they had been carrying around for so long. I, too, wanted that sense of freedom. I thought this was going to change everything. So, I came out.

It turns out it wasn’t that easy, and not as instantly gratifying as I would have hoped. I never felt that sense of relief that the “It Gets Better” people had talked about. Only later did I realize that the heaviness they had experienced was the feeling of shame, which was unfamiliar to me at that time. But in 2015, when I found out about my diagnosis, I got a painful awakening of just how daunting that feeling is.

A quest for belonging

On the other side of the closet door, things weren’t as colorful and free as I had initially thought. I found a community that was wrought by uncertainty, feelings of marginalization, and deep confusion about their belonging to society. I started seeing the need for the Pride movement, and why fighting for your right to love and be loved is an act of self-respect and, in some aspects, a political statement. The shame that so many underwent was catalyzed by the feeling of exclusion from the norm. Coming out was, in ways, a slap in the face to the status quo – and an abomination to some. But that’s why the community exists: to combat that feeling of social exclusion. Shame can’t survive in that environment.

The fear of the unknown

I remember the rush of fear I experienced when my neurologist told me I have MS. It was as if my rib cage had shrunk to half and was filling up with hot cement. It felt like my jaw had locked into place and that I was unable to blink. The wave of numbness came next, and I thought I was going to hold my breath for the rest of my life.

I feared the loneliness and social exclusion

I can say this with confidence: what MS was going to do to my body was the least of my concerns at that point. What I feared most was social exclusion, loneliness, and unhindered suffering. I was heading for a life of disability that only meant one thing to me at the time: nobody is going to want me. For anything. Ever. And somewhere in the back of my head, I knew I had heard of this narrative before. I also knew that left unchecked, it would quickly become my most debilitating symptom.

The other side of the coin

The jarring experience of being diagnosed with MS and coming out as gay are, on paper, very different. Although it took some time, disclosing my sexuality to the world was an act of self-love, respect, and freedom. With MS, it doesn’t feel the same. The truth feels more uncomfortable than brave and empowering.

But what I have found is the commonality between the shame of being gay and having MS (and don’t get me started on both!). My MS diagnosis felt like an inescapable identifier that was going to change the way the entire world looked at me. Just like I had to tackle my internalized homophobia when I came out, I now had to challenge my idea of “healthy” and “capable.” I could no longer hide behind the comfort of normality. Hiding comes with a steep price because the messaging is the same no matter the cause: there is something about you that, if people knew, makes you unworthy. The feeling stays as long as you say in the closet. Some of us, unfortunately, live there for the rest of our lives.

Coming out with MS is harder for me than telling people I’m gay. I still feel that sense of ineptitude around my diagnosis that I hope with time is going to recede. But I do know this: to combat the shame I feel around my MS diagnosis, I have to do what I did almost ten years ago. I have to come out of that closet again. Not so that the world knows, but so that I can accept myself just the way I am. That is how shame turns to pride. And maybe I’ll feel what the “It Gets Better” people felt.