Marriage With An Uninvited Guest 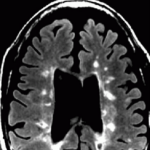 This month is our 24-year wedding anniversary. When we stood before the altar all those years ago and said our vows, they contained those standard phrases like “for better, for worse”, or “in sickness and in health”. I guess that when you’re 26, healthy, in love and full of energy and and zest for life, you don’t really give those phrases a second thought. Why should you? You don’t expect to have to prove the commitments you made in your vows until you’re perhaps 70 or 80, right? We had our whole life ahead of us and high expectations. Little did we know when standing in front of the altar that our first test would already come 18 months later, barely past our honeymoon period. MS invited itself into our lives and our marriage. Unasked. For most of our married life we have had to share our marriage with this uninvited guest. Initially, it was kind enough to stand back. But over time it has increasingly taken over. Suffice to say, our marriage has been feeling rather crowded over the years.

In the early days, after what later turned out to be my very first relapse, which put me in hospital, we obviously didn’t have a clue what was going on, and the assumption was that it was something temporary. Stress-induced most likely. A temporary glitch, so to speak. I fully recovered, and although we didn’t have any answers, we decided to put the unfortunate episode behind us and move on. After the second hospitalization only a month later, I was told that I had probable MS. But even at the time of getting the diagnosis, I was already back to normal and felt great; in fact better than I had in at least 6 months. So I took note of the diagnosis, but I felt it didn’t really have anything to do with me. My wife ignored it altogether. The reason I had spontaneously recovered was proof to her that they had got it wrong. She was not ready to deal with something that quite obviously had ‘already departed from our lives’.

In the following years I was mostly symptom-free. No actual relapse, just small things here and there, which seemed odd, but could somehow be explained away. Some landed me at the doctor’s office, but for the most part they were a mere nuisance and nothing that would have been cause for concern. A little voice at the back of my head always reminded me that this could have something to do with my probable MS diagnosis. But each time I mentioned the word “MS” to my wife, she would have none of it. There were ‘other reasons’ for my physical complaints. ‘More reasonable’ explanations. And the doctors always seemed to support that view. So I stopped mentioning it to her, so that she could live in the bubble where my MS ‘didn’t exist’.

There came a time when things became too obvious: Dropping things, balance problems, fatigue, weakness, tingling, numbness – and sexual issues. MS had well and truly and literally found its way into our bedroom. Tests eventually confirmed the initial probable diagnosis. My wife realized that she could no longer just ignore it. Instead she chose to rebel against it and try to find any vitamin, herbal solution or exercise that may make it all go away, or at least contain it. It didn’t work. The frustration level on both sides at the time was extremely high. I resigned myself to the fact that I was going to have to live with this disease, one way or another, although I tried everything in my power to lessen the impact it had on me and on our lives. My wife at the same time accused me of giving in and of not fighting it enough. ‘If only I tried hard enough, we could beat it into submission’. I could see how much she resented my MS, and this all put a huge strain on our relationship. It felt as if I had an affair with another woman, and she resented my lover.

But when my MS progressed to the point where I needed support to walk, and her help to do certain things I was no longer able to do independently, things changed. I felt she was no longer fighting it, but was doing everything in her power to support me both physically and mentally and help me deal with it as best as possible. She no longer thought it was just a matter of willpower in order to beat this MonSter, but that we needed to find a way to live alongside it, by adapting and doing the best we could to still live a good life, despite all the limitations. Her positivity and her pragmatism were startling. She suddenly seemed to take it all in her stride.

And with increasing disability, this positive attitude and support grew further. I know she didn’t sign up for this, to spend so many hours every day caring for me – beside her job and the regular household chores: To get me up from bed in the morning, wash me and dress me. Transfer me into my wheelchair. Help me with eating on bad days, when my “good hand” is not cooperating. Massage my legs on days with bad spasticity. Empty by pee bag. Change the condom catheter. Empty and change my stoma bag. Do the whole morning routine in reverse in the evening. Give me moral support when I’m in pain or don’t think I can go on.

She doesn’t deserve all this burden, and I wish every day that she wouldn’t have to do all this for me. But she does it with a dedication that is remarkable, and our relationship has certainly grown through all this.

I’m sure this is not what she had envisioned at the altar 24 years ago. And I sometimes wonder whether she would still have said “yes” if she had known what was in store for her. I’m glad, though, that nobody will ever have to answer this question.

She’s my rock, and she rocks. And I will be eternally grateful for that!